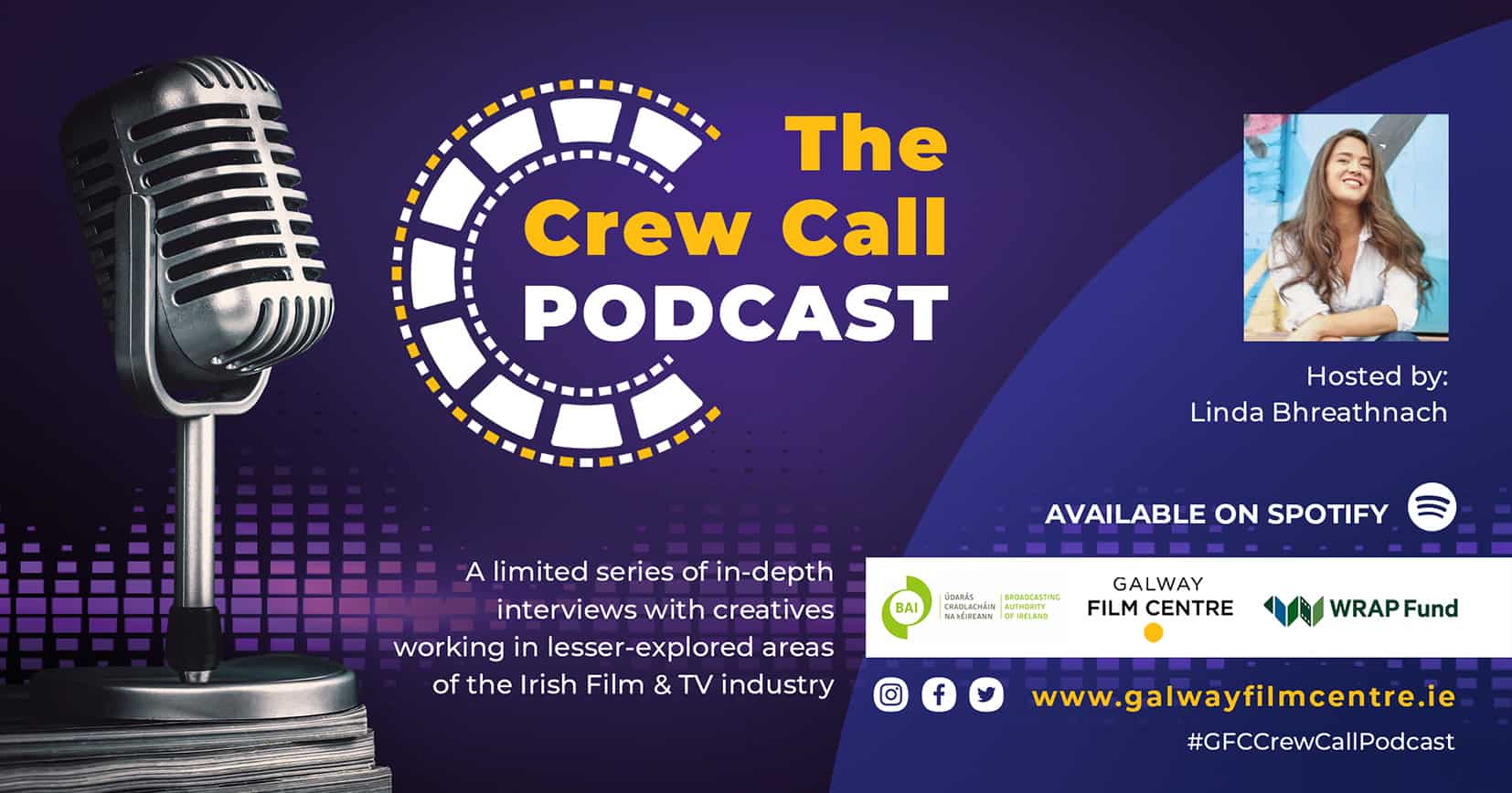 Galway Film Centre in association with the BAI and WRAP Fund has launched Ireland’s newest podcast The CrewCall Podcast. Hosted by Galway’s Linda Bhreathnach, the six-part series features creative talent from often underexplored areas of the Irish film & television industry. For anyone with an interest in the booming sector, the podcast gives listeners the chance to learn from experts in their field including Mary Pike, Eimear O’Grady, Linda Gannon, Steve Lynch, Peadar Cox and Barry Conroy.

Helmed by Linda Bhreathnach who herself is an award-winning writer, director and actress, each episode delves into the craft, career trajectories and anecdotes of a diverse range of professionals from critical fields in screen production which are not regularly spotlighted ranging from stunts to music to lighting. The guests include:

For Linda Bhreathnach, “it has been a great honour to be the presenter of this series. I am passionate about Westerners having sustainable jobs within the film industry, so I was thrilled to have the opportunity to talk to these great guests and share their inspiring stories. I hope that the listeners will learn more about all the exciting career options within our industry and find encouragement from our guests to help develop their own work”.

All six episodes are freely available from today (09th March,2022) on Spotify and other usual podcast platforms. Join in the conversation on social media by using the #GFCCrewCallPodcast.

The CrewCall Podcast is brought to audiences by Galway Film Centre in association with the Broadcasting Authority of Ireland (BAI) and Western Region Audiovisual Producers Fund (WRAP Fund).

Linda Bhreathnach is an Irish writer, director, and actress. From Ros Muc, Connemara in the West of Ireland, she played the part as Róise de Burca in the long-running soap opera Ros na Rún. Bhreathnach also had a starring role in the critically acclaimed political drama The Running Mate and in the BBC/TG4 drama Seacht / Seven. She wrote and directed the short film Adulting, among other awards it won best short film at the London Irish Film festival, and she won a Rising Star Award with Irish Screen America (New York and Los Angeles) for her work on it. In 2017, she wrote and directed Native, a short film shot in Ireland starring Patrick Bergin. In 2018, Bhreathnach released the short film My Mother Is My Priest. The film is described as a ‘celebration of mothers’ and was released by Linda Bhreathnach Films.  More recently, Linda wrote the screenplay Girleen, a contemporary film on the life of women and girls in the modern world and is now the proud host of The CrewCall Podcast.