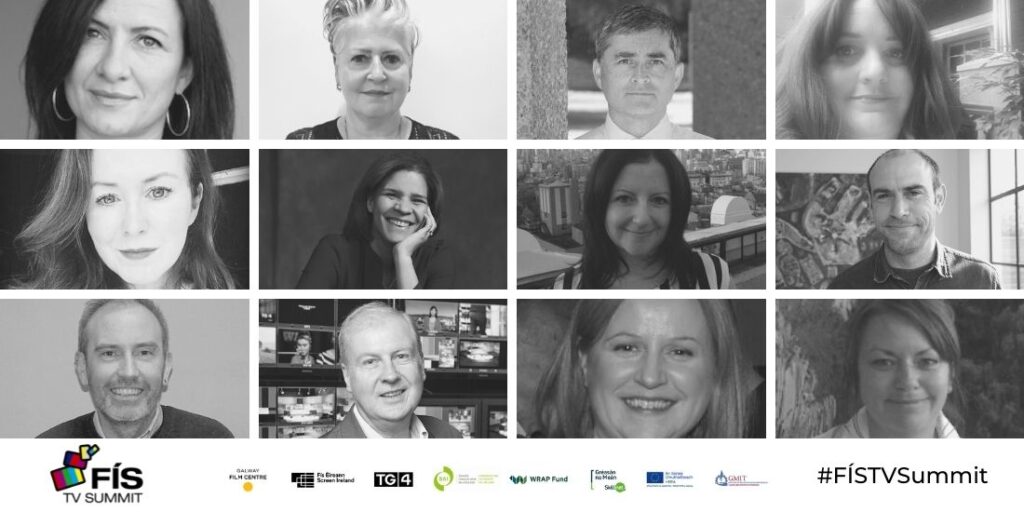 The full schedule for the FÍS TV Summit (Fís) has been announced. The online conference will host eight sessions across three days next week from Tuesday 25th to Thursday 27th January, with speakers from Channel 4, Sky, AMC Networks, RTÉ, TG4, Virgin Media, Screen Ireland as well as two creative panels on the hit Irish drama Smother and the rise of the narrative documentary series with a case study on I’ll Be Gone in the Dark. The line-up also includes the previously announced discussions with Anne Mensah, VP of Original Content with Netflix and international Showrunner Emma Frost.

The full schedule is available HERE.

Tickets for Fís are still available and free so be sure to register HERE.

Further information can be found at www.galwayfilmcentre.ie and/or follow the hashtag #FÍSTVSummit on social media.

Connecting With The Commissioners

*Please note this schedule is subject to change.