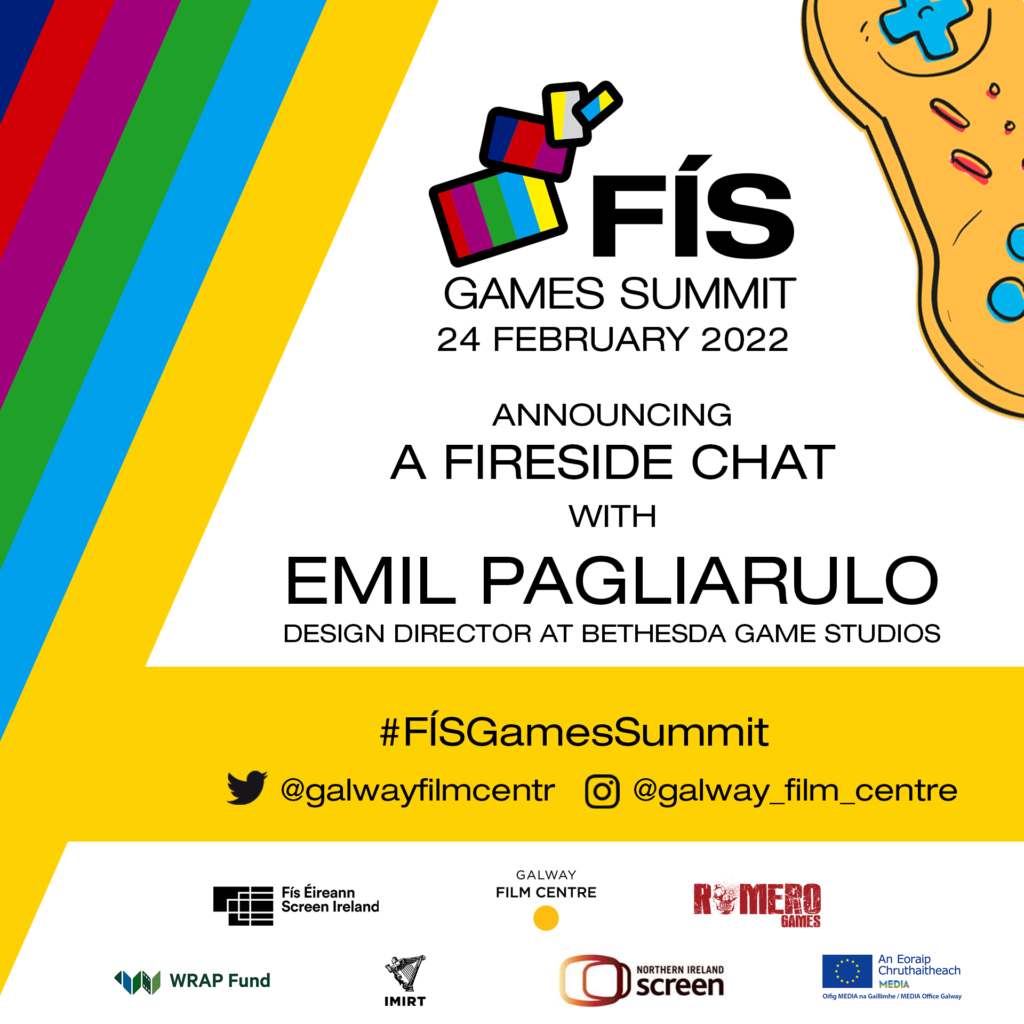 Galway Film Centre is delighted to announce that the 2nd annual FÍS Games Summit will take place online on Thursday February 24th. We are excited to be able to confirm Emil Pagliarulo as our first speaker who will speak with us on about writing in games, his career path, what it’s like working at Bethesda Game Studios, as well as taking questions from attendees.

We will be revealing more guests over the coming days and weeks.

Galway Film Centre CEO Alan Duggan said: “With the huge success of last year’s inaugural FÍS Games Summit, we are delighted to return with a new programme of speakers and sessions this year. The aim of FÍS Games Summit is to promote learning and connection in the Irish Games industry to help it grow and foster creativity and development. We are delighted to bring together a programme that is informed by Irish developers, for Irish developers and we look forward to an exciting event again this year .”

The theme of this year’s FÍS Games Summit programme is Behind the Curtain. Come step behind the curtain on some of your favourite games and join us with some of the best of game development talent as we look at how games are written, developed, produced, and funded. 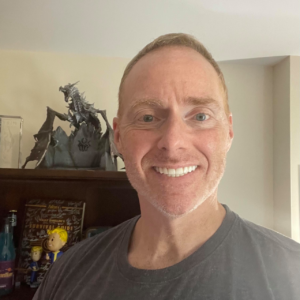 Emil Pagliarulo has worked in the video game industry for twenty-five years, working briefly as a reviewer before moving into development. He got his start at Looking Glass Studios in Massachusetts as a designer on the Thief series. But Emil has spent the majority of his career at Bethesda Game Studios, where he served as a Senior Designer on Skyrim, Lead Designer and Writer of Fallout 3 and 4, Writer of Fallout Shelter, and now Design Director. (Oh, and of course, working continuously and excitedly on Starfield).