Home / FÍS TV Summit / Are You Developing A TV Drama Or Slate of TV Projects? The FÍS Project Clinic 2022 with Industry Experts John Yorke and David Clarke Is Seeking Applications 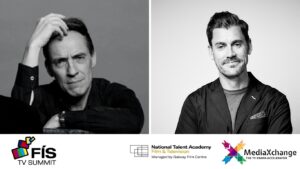 In Association with MediaXchange & the National Talent Academy for Film & TV

Following its success in 2021, the FÍS Project Clinic is returning for 2022 in a new and improved format. Industry veterans John Yorke and David Clarke will be on hand to offer Irish creative talent free one-to-one consultations providing expert editorial and market feedback on their projects.

John Yorke, the UKs foremost expert on story structure and development will work with producers, writers and directors to provide constructive editorial feedback on their project and materials. Past participants have described the sessions with John as “hugely insightful and beneficial” and “helped to gain an international perspective”.

In reaction to the industry request for more market driven analysis of projects in development, the Clinic is also delighted to welcome David Clarke this year, who has extensive knowledge of financing, co-production, acquisition and distribution. In addition to a group workshop on the current TV Drama landscape, David will provide in-depth feedback on a slate of projects to selected participants assessing market viability, potential financing and distribution routes.

Part of the Fís TV Summit activities, up to sixteen teams will be selected for the unique opportunity that the Clinic provides, gaining expert advice to support the progression of their project(s). The Clinic is committed to investing in new voices and openly encourages applications from diverse and/or regional talent.

Detailed guidelines and the application form are available HERE.

Completed applications including the requirements must be submitted by 3pm on Monday, 24th January 2022 by email to kenny@galwayfilmcentre.ie.

The Fís Project Clinic is an initiative of the Fís TV Summit and organised by the Galway Film Centre in association with MediaXchange and the National Talent Academy for Film and TV.

John Yorke is Managing Director of Angel Station where he works as a Fis-Project-Clinic-2022-Guidelines-Form FINALdrama producer, consultant and lecturer on all forms of storytelling. A former MD of Company Pictures where he Exec Produced Wolf Hall, he’s worked as both Head of Channel Four Drama and Controller of BBC Drama Production. As a commissioning Editor/Executive Producer, he championed huge British hits such as Life On Mars, The Street, Shameless and Bodies. In 2005 he created the BBC Writers Academy, a year-long in-depth training scheme which has produced a generation of successful television writers – many who have gone on to have their own shows.  The author of INTO THE WOODS – the biggest selling screenwriting book in the UK for the last six years, about how and why we tell stories – John is a double BAFTA winner (as programme maker) and multi-BAFTA winner (as commissioner). He is also Visiting Professor of English Language and Literature at the University of Newcastle-upon-Tyne. He lives in London but works as a story consultant worldwide.

At DRG and NENT Studios UK he managed their portfolio of development and first look relationships with top UK producers and worked on the financing and acquisition of hit BBC series THE CRY, genre busting Nordic dramas FOR LIFE and THE WHITE WALL and Executive Produced, co-developed and financed the Viaplay/Channel 4 co-production CLOSE TO ME starring Connie Nielsen and Christopher Ecclestone (launching this autumn) and the Channel 5 series THE HOLIDAY starring Jill Halfpenny set for launch in Q1 2022.

About the Fís TV Summit (Fís)

Register HERE or for more see www.galwayfilmcentre.ie/category/fis-tv-summit/ and/or follow #FÍSTVSummit on social media.

The National Talent Academy – Film & Television (NTA Film & TV) is an initiative of Fís Éireann/Screen Ireland managed by the Galway Film Centre focused on developing and driving opportunities for screen talent in screenwriting, directing and producing on a national level. The NTA Film & TV is committed to investing in new voices and openly encourages engagement from regional and/or diverse talent. In its first year, the NTA Film & TV will focus primarily on live action television drama supporting screen talent to be creatively ambitious with their work and craft and encourage the sharing of knowledge, resources and artistic practice. www.nationaltalentacademies.ie 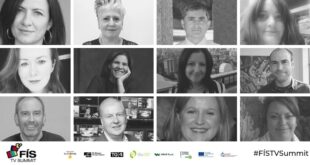 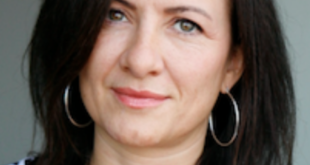