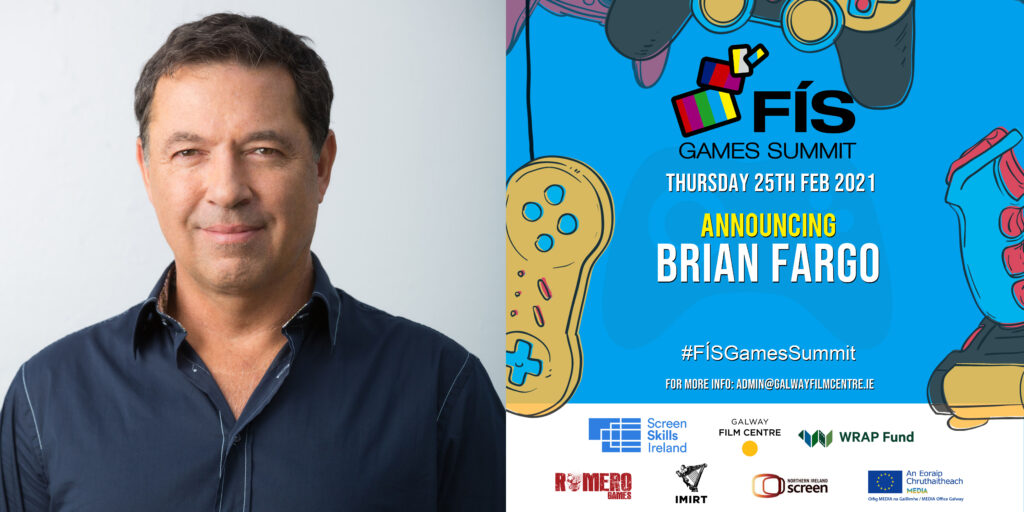 Galway Film Centre is delighted to announce the inaugural FÍS Games Summit which will take place online as a series of talks on Thursday February 25th. We are excited to be able to confirm Brian Fargo as our next speaker who will be in conversation with Keith O’Conor of Romero Games about his career in the games industry and will be taking questions from the attendees.

We will be revealing our full schedule next week!

Galway Film Centre manager Alan Duggan said: “The Irish Game Industry has long been approaching a tipping point of critical mass allowing skilled developers and creatives to stay in Ireland to work in this industry, and even found their own companies. Over the last decade we have seen significant encouraging growth, and at Galway Film Centre we want to foster that momentum and support that growth. For that reason we have created a programme for the Fís Games Summit with internationally renowned developers, as well as Irish success stories, that is sure to inspire and embolden all Irish developers.”

The theme of this year’s FÍS Games Summit programme is Journeys. Whether it is the journey to publishing your first game, the journey to seeking funding, or the lifelong and storied journey of a career decades in the making, we want to use this summit to share with Irish developers some of the journeys one must take throughout their time in the industry. 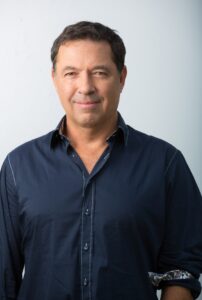 Brian Fargo has been in the games business since its infancy, having founded Interplay Entertainment in 1983 and producing some of PC gaming’s most beloved franchises, such as Baldur’s Gate, Fallout, and Wasteland. He founded inXile entertainment in 2002 and went on to set crowdfunding records for Wasteland 2 and Torment: Tides of Numenera. inXile was purchased by Xbox Game Studios in 2018 and he sits as Studio Head and creative visionary for Wasteland 3 and future titles.

FÍS Games Summit 2021 is the inaugural event of what will be a recurring annual summit. The event is hosted by Galway FIlm Centre in association with Screen Skills Ireland, and with the support of Romero Games, Creative Europe Media Desk Galway, Northern Ireland Screen, the WRAP Fund, and Imirt. The goal of the summit is to help foster growth and success in the Irish Games Development community by providing Developers on the island of Ireland with a unique opportunity to engage with talks and presentations that will help them in their own careers.