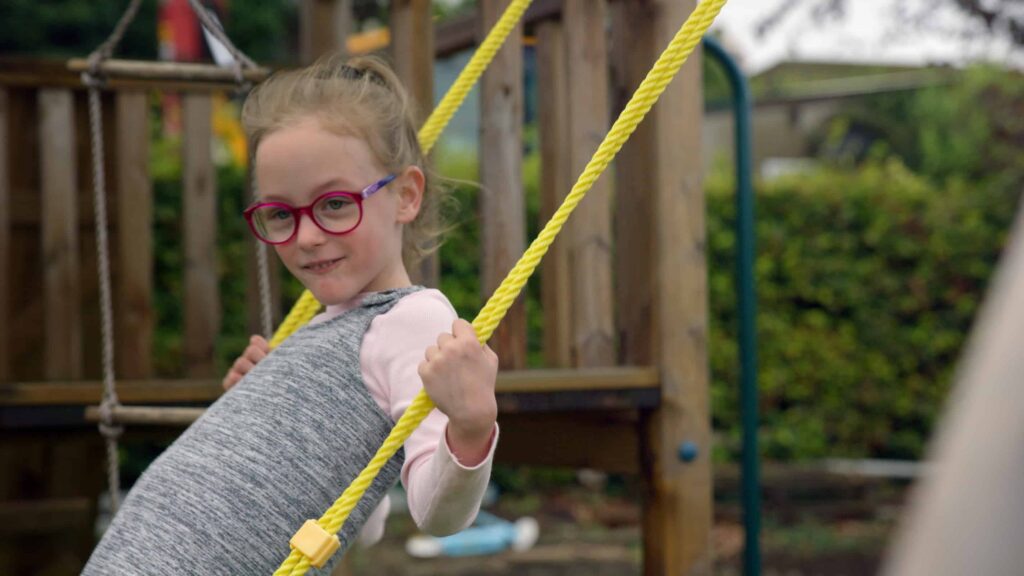 Galway Film Centre is delighted to announce that the documentary; The Patient Effect has been selected as the Science on Screen commission for 2019. The documentary will have its world premiere screening at Pálás Cinema in Galway on Saturday, 16 November at 6pm.

The documentary tells the story of public and patient involvement in research – how tapping into the lived experience of patients, their families and carers, has the potential to hugely enhance the quality and relevance of health and medical research.

Directed by Mia Mullarkey, this Irish documentary follows three personal stories, which reflect the power of including public and patient voices in planning and conducting research. Paul Ryan, father to Sophia who was born premature at 25 weeks, is contributing to a major research programme, exploring the most effective methods to monitor and manage babies with neonatal brain injury. Cameron Keighron (NUI Galway Student’s Union VP and Education Officer) lives with Type 1 diabetes and has been heavily involved in developing a new way of delivering healthcare to young people with diabetes. Margaret Devaney and the Swinford Arthritis Walking Group in Co. Mayo, provide a first-hand insight of the impact of chronic pain on their day-to-day life with medical device developers at NUI Galway, inspiring the developers in their research endeavours. 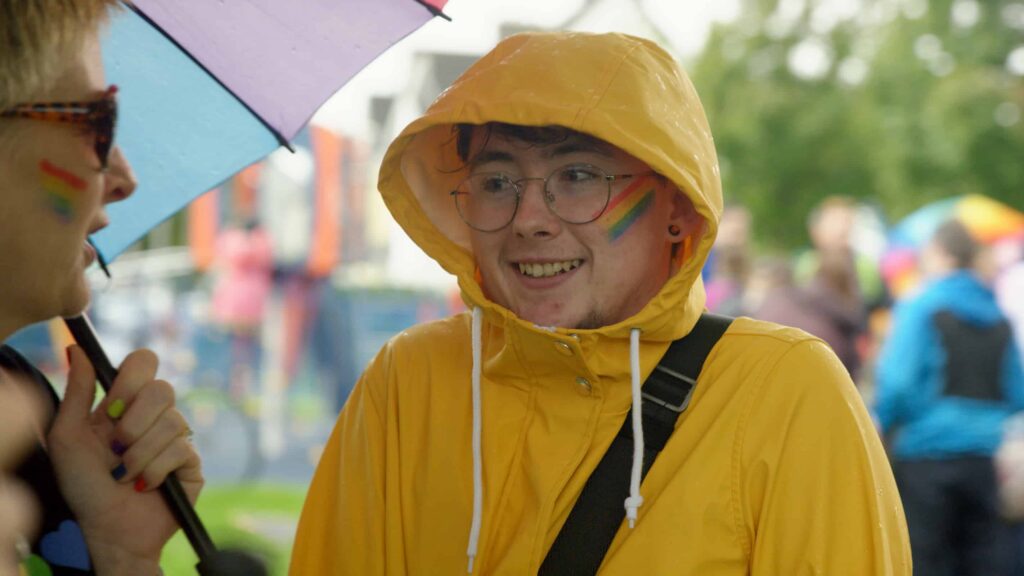 Professor Andrew Murphy from NUI Galway and Director of the HRB Primary Care Clinical Trials Network Ireland, said: “In health research, it is crucial that the public and patient voice is heard, helping to ensure that publically-funded research addresses issues that matter to patients. We hope this documentary will inform people about the importance of public and patient involvement in research and inspire both the public and researchers to get involved.”

Produced by Alice McDowell of Ishka Films, the chosen documentary overcame stiff competition from production companies based all over Ireland. Speaking about the documentary, McDowell said: “Patient and public voices have the power to transform the way we approach scientific and medical research in Ireland and worldwide. We’ve certainly witnessed this phenomenon during the past couple of months of filming and are excited to share three moving and inspiring stories in our soon-to-be-released documentary.”

Science on Screen is a collaborative initiative of CÚRAM and Galway Film Centre, partnering this year with the HRB Primary Care Clinical Trials Network Ireland and PPI Ignite @ NUI Galway. The scheme has been running since 2016 and has seen the production of four documentaries on topics ranging from Parkinson’s Disease (Feats of Modest Valour) to Tendon Injury (Mending Legends), to Diabetes (Bittersweet) and Stroke (A Tiny Spark). These films have been screened at prestigious film festivals around the world, had eight national broadcasts on RTÉ and TG4 and reached an audience of one million. 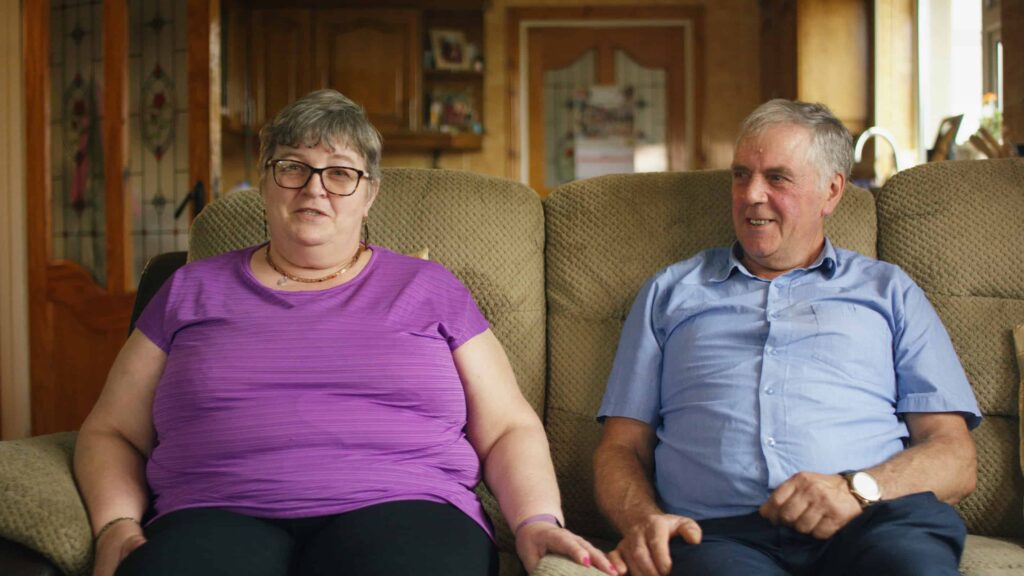 Professor Abhay Pandit, Scientific Director of CÚRAM, NUI Galway, said: “CÚRAM is delighted to see our Science on Screen programme evolve through a partnership with the HRB Primary Care Clinical Trials Network Ireland and PPI Ignite @ NUI Galway this year. This film demonstrates the potential of public and patient involvement in research including the medtech field. Science on Screen has brought stories of Irish research to a global audience and we are excited to see where this film will go.”

Alan Duggan, Manager of Galway Film Centre, said: “The competition for the Science on Screen commission showcases the wealth of creative talent working in documentary in Ireland. We are incredibly proud to be continuing to work with CÚRAM on this wonderful initiative and we are delighted to welcome HRB Primary Care Clinical Trials Network Ireland and PPI Ignite @ NUI Galway to the partnership this year. We have no doubt that The Patient Effect will go on to be as successful as all of the other Science on Screen commissions that have already screened to audiences around the world.”

Free tickets for the premiere on Saturday, 16 November at 6pm in Pálás Cinema, Spanish Arch, Galway are available on www.eventbrite.ie, search for ‘The Patient Effect’. The Patient Effect will also be screened in the ARD Family Resource Centre, Doughiska on Thursday, 21 November at 12pm. All are welcome.

Click here to view a short trailer of The Patient Effect.

The University was established in the heart of Galway City, on the west coast of Ireland, in 1845. Since then it has advanced knowledge teaching and learning, through research and innovation, and community engagement.

Over 18,000 students study at NUI Galway, where 2,600 staff provide the very best in research-led education.

With an extensive network of industry, community and academic collaborators around the world, NUI Galway researchers are tackling some of the most pressing issues of our times. Internationally renowned research centres based here include CÚRAM Centre for Research in Medical Devices, Insight Centre for Data Analytics, Whitaker Institute for Innovation and Societal Change, Moore Institute, Institute for Life course and Society and The Ryan Institute for Environment, Marine and Energy.

NUI Galway has been listed as one of the most beautiful universities in Europe according to Business Insider. For more information visit www.nuigalway.ie or view all NUI Galway news here.

This premiere event is run with the support of the Department of Culture, Heritage, and the Gaeltacht.