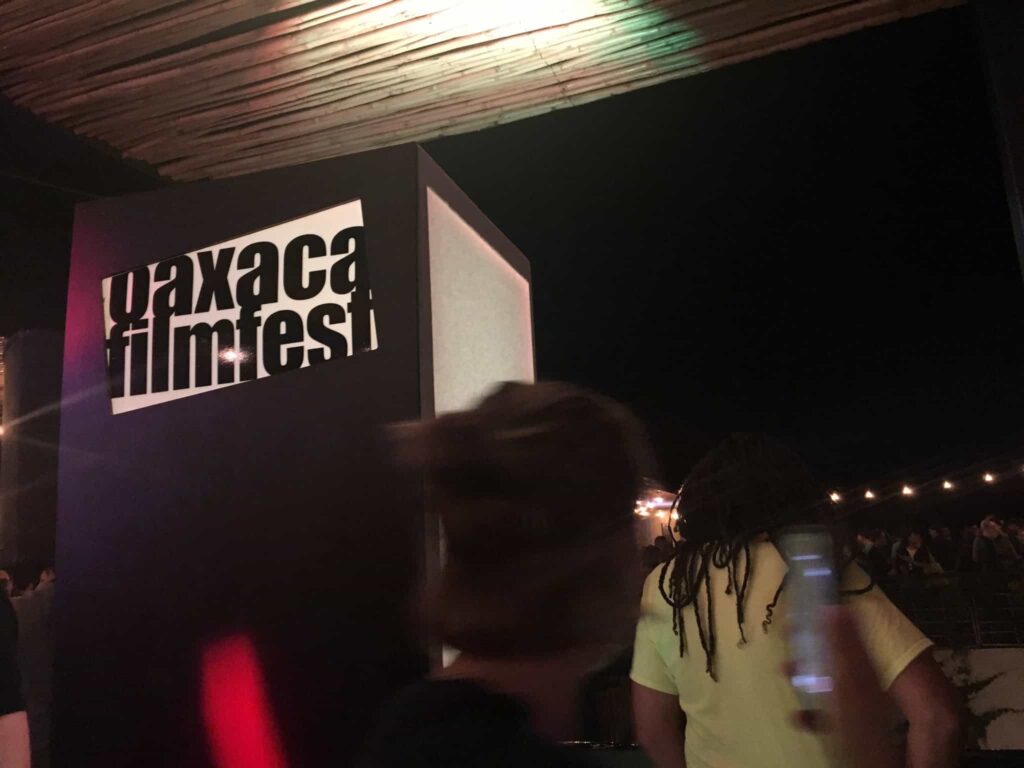 Director Niamh Heery journeyed to Oaxaca Film Fest this October to attend a screening of our latest Science On Screen film A Tiny Spark. This is the latest of several international screenings of A Tiny Spark around the world and, as Niamh reports, was very well attended and was followed by a very engaged audience taking part in the Q&A. Read Niamh’s own report below! 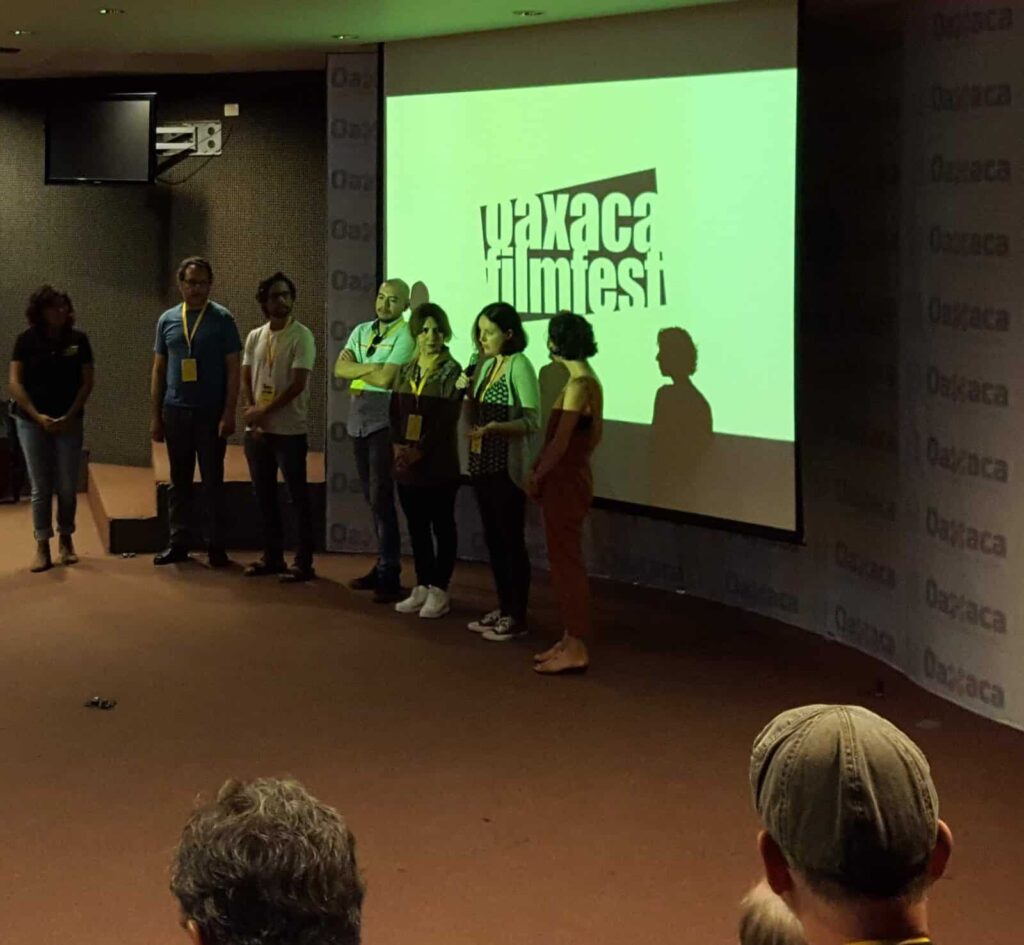 ‘A Tiny Spark’ was selected to play the Oaxaca Film Festival in Mexico, which ran from 5-10th October 2019 and I was lucky enough to go. Often referred to as ‘The Sundance of Latin America’, Oaxaca has a huge international draw despite being in a small, pretty city in the mountains. It felt a lot like it could be the Galway Film Fleadh of Mexico, but despite my efforts that nickname didn’t quite stick amongst the worldly filmmakers I spoke with.

Our film played in the first screening that took place inside the regal Governmental Palace, which sits right on the main square of Oaxaca. Built 1775, then rebuilt multiple times following earthquakes that crippled the region, it now bears 1884 Spanish Colonial architecture and has a massive mural painted inside more recently, depicting the indigenous cultures of the Mixtecs, Zapotecs and Mexica. It felt quite apt that we show a film about bravery, courage and the pursuit of knowledge in a building that has withstanded such adversity and has been transformed from a space for the ruling elite to one that welcomes everyone, including filmmakers from all over the world. Making ‘A Tiny Spark’ showed me that scientific research like the project being undertaken by Dr. Karen Doyle and her team at CÚRAM is pluralistic and humane in its philosophy; they study clot samples from as diverse a range of people as possible in order to help as many people as possible.

While ‘A Tiny Spark’ has already screened at a number of international festivals, this was my first time seeing it with a non-Irish audience. I was eager to see how they reacted to our participants’ stories, all of whom hail from the West of Ireland. The film was screened in English with Spanish subtitles. As the lights dimmed in the packed to capacity auditorium, it was a treat to see the audience become engrossed in the documentary, and even laugh at some of the lighter parts. At the Q&A following the film I was asked by an American woman about how a film like this could get made. It brought into stark reality the relationship between commerciality and film in some countries and made me proud to tell the people gathered about the ‘Science on Screen’ scheme and what it stands for.

As my time in Oaxaca came to a close, people still took the time to approach me and mention ‘A Tiny Spark’. “A very moving film”, “A really innovative way to approach a difficult subject. The research gives us hope,” were some comments from audience members. The whole trip was such an optimistic, supportive one and it felt great to be able to take the story of three Irish stroke survivors and groundbreaking Irish research half-way across the world and get such a response. Thanks to CÚRAM SFI Research Centre for Medical Devices, Science Foundation Ireland and Galway Film Centre for allowing me to be part of such a special journey.