So the Galway Film Fleadh 2019 has come and gone, and oh what a week it was!

From short screenings to the Fleadh Forum, a table quiz to a One Minute Film Festival, we were kept very busy and had a great week! 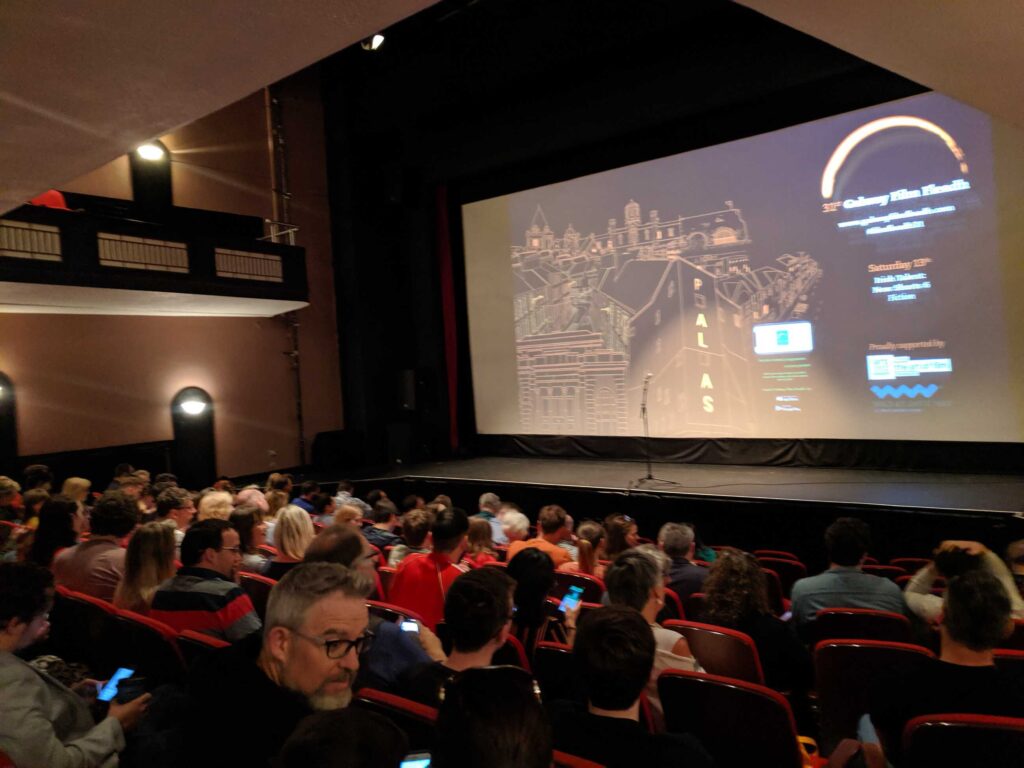 The audience gets ready to watch the Saturday morning Shorts programme.

Over the course of the Film Fleadh the Galway Film Centre had three separate short screenings. Loving Alex, winning film of the 48 Hour Challenge, Recommended Rapper, from our Dig Where You Stand 2018 programme, and The Bridge which was produced through the RTÉ/GFC Short Film Scheme. 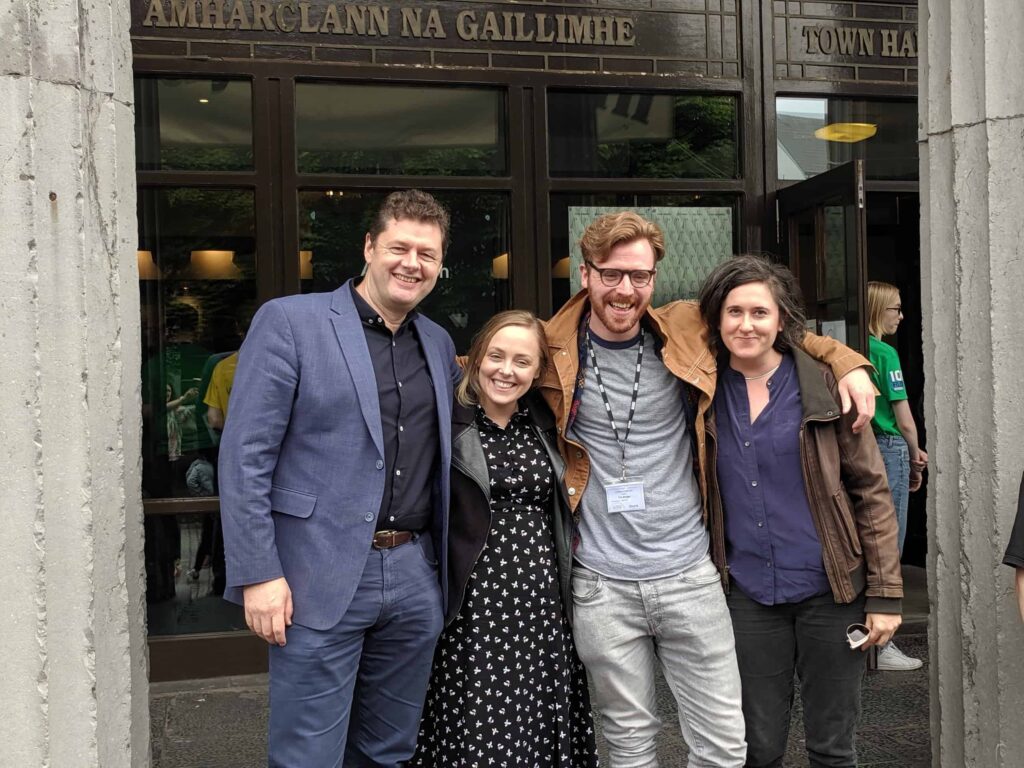 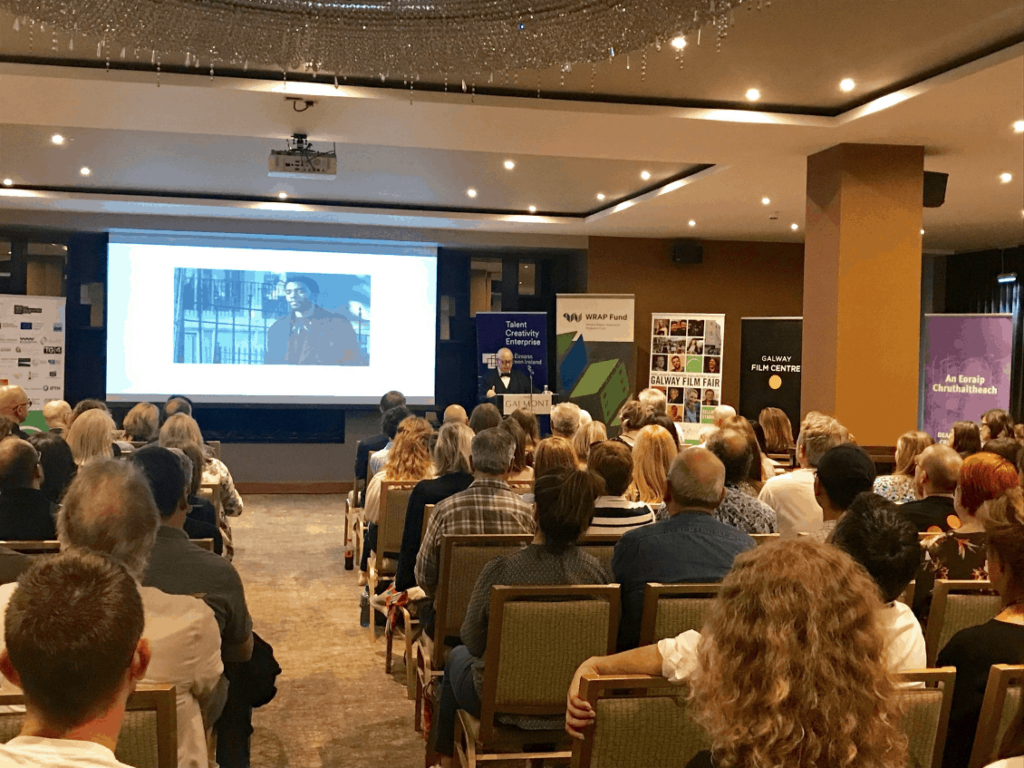 On Thursday we helped host the Fleadh Forum with the support of Fís Éireann/Screen Ireland and Screen Skills Ireland with Creative Europe. With a new format this year, prolific screenwriter/director/producer and former CEO of Focus Feature James Schamus was the keynote speaker alongside a series of short presentations from a carefully curated panel of industry experts including Gavin Kelly, Mark O’Halloran, Mason Speta, Michele Maheux, Brenda Romero, and Andy Mayson. 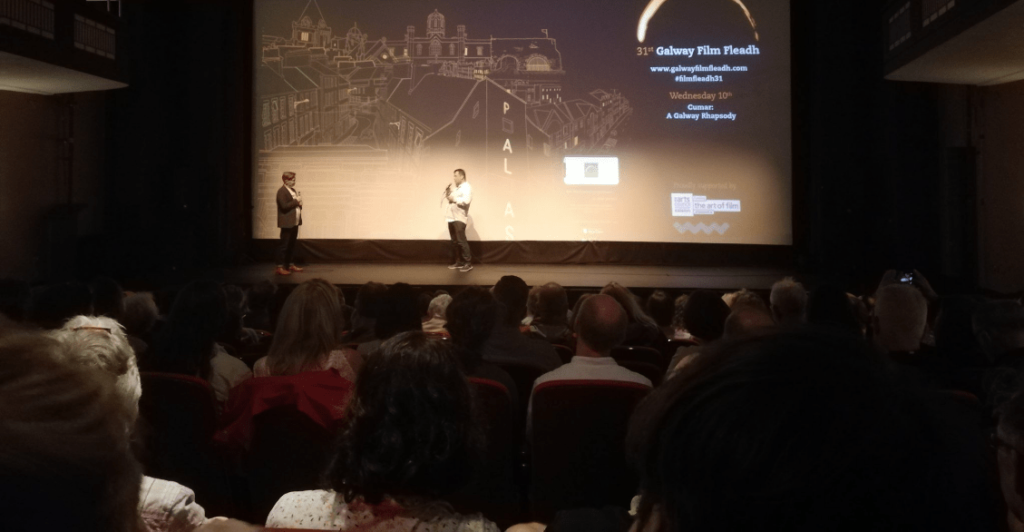 Director Aodh Ó Coileáin takes to the stage after the showing of his film to talk to us about his path to making Cumar and his thoughts on the state of the arts in Galway. A wonderful and well-attended screening. 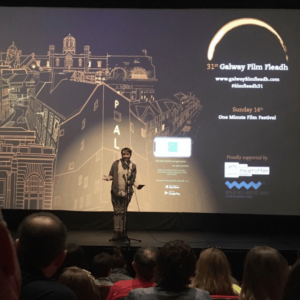 Our annual One Minute Film Festival took place on Sunday 14th at 2pm and was very well attended. Here we all came together to watch a programme of 30 1-minute films that span a wide variety of styles, genres, and origins, with films coming from other UNESCO Cities of FIlm around the world including Bradford, Rome, and Busan.

The winning films, which were announced following the screening, are:

1st – My Father Taught Me To Swing An Axe – Rory Fitzpatrick