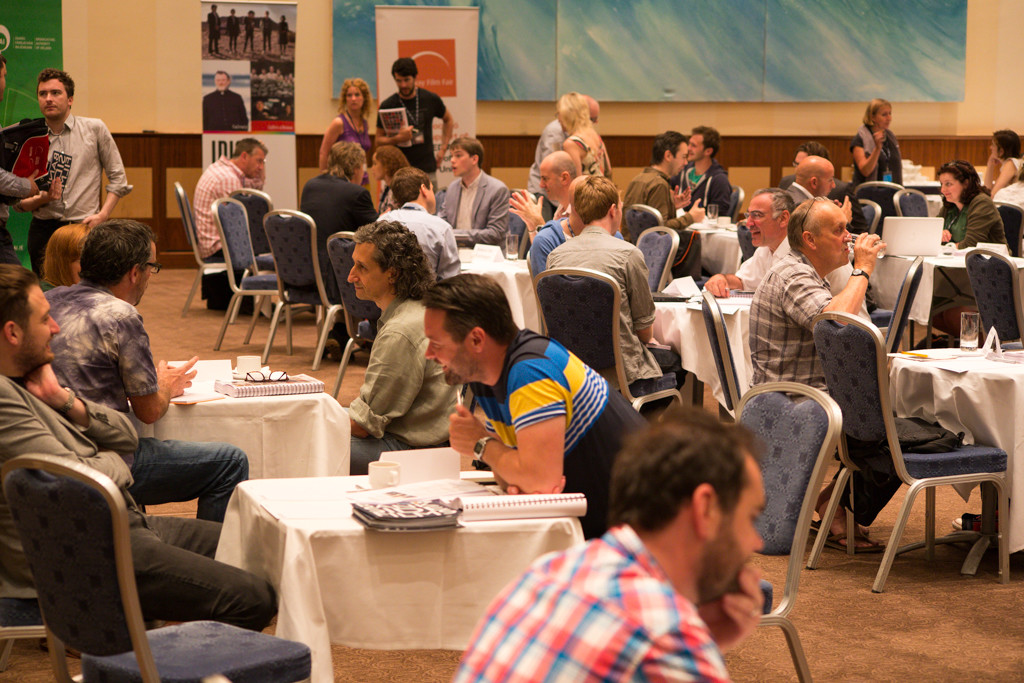 The Galway Film Fair, in association with Bankside Films, are excited to announce a €3,000 cash award for the best project at this year’s Marketplace.

The Marketplace at the Galway Film Fair (11th-14th July 2019) takes place during the Galway Film Fleadh (Festival) 9th- 14th July 2019 and co-ordinates pre-scheduled meetings between filmmakers with projects in development and/or completed films and invited Film Financiers, Distributors, Sales Agents, Broadcasters, Film Funds and Major Producers. A pre-selected group of producers with feature films/documentary projects will have the opportunity to meet with representatives of these companies. Alongside the Marketplace many other industry events take place at the Galway Film Fair including conferences, seminars, masterclasses, debates, workshops and much more.

This year we are delighted to partner with Bankside Films on an award for the best project at the marketplace. Based in London, Bankside is a leading international sales and film finance company for independent films. Founded in 2007, the company offers a bespoke sales and executive producer service to production companies, and finances and distributes distinctive films of quality for theatrical release internationally.

On the award, Stephen Kelliher, Director at Bankside Films, says:

“We are delighted to be supporting the inaugural Marketplace Project Award at the Galway Film Fair. We are huge supporters of the work Miriam Allen and the Film Fair team do year on year to connect both established and emerging filmmakers with first class executives from around the world. We have seen real and quantifiable results from many years of attending the Film Fair and we hope that this award will be instrumental in helping others bring their creative visions to the big screen.”

Most recently, Bankside has enjoyed success with Sundance title The Hole In The Ground by first time director Lee Cronin, which has been acquired by A24 in the US; TIFF titles Papi Chulo directed by John Butler and starring Matt Bomer; and Peter Strickland’s In Fabric, which will also be distributed by A24 in the US.

Furthermore, the company is in post-production on Normal People, a drama starring Liam Neeson and Lesley Manville and directed by Lisa Barros D’Sa & Glenn Leyburn, which will be released by Bleecker Street in the US and Focus Features internationally.

The Galway Film Fair has a number of unique selling points: Its status as a transatlantic bridge between Europe and the Americas; its uniquely intimate and informal atmosphere, the privileged access it provides to the world’s leading financiers, and its pedigree in showcasing new European and International cinema to leading Film Buyers, Distributors and Festival Programmers.

Alongside the marketplace, many other industry events take place at the Galway Film Fair including the Fleadh Forum, an annual industry conference, as well as masterclasses, workshops and networking events. To participate in the Marketplace at the Galway Film Fair, applicants must have either a project in development or a completed film/documentary.