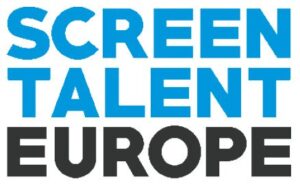 Screen Talent Europe will be hosting a networking event on February 8th 2019 in Berlin, during the Berlin International Film Festival that runs from Feb 7th to 17th.

This is a major opportunity for emerging film makers to go to a film festival maybe for the first time, to create their own network of friends across Europe, to benefit and understand the possibilities of Screen Talent Europe better, and to look at future projects, i.e. Galway 2020, the German-Danish Reunion Jubilee 2020. It’s ceertainly an event to keep in mind for any Irish film makers who will be attending the Berlin International Film Festival.

Screen Talent Europe is a network of film workshops and media centers in Denmark, Sweden, Norway, Faroe Islands, Germany, Ireland, Northern Ireland and France. The purpose of the network is to promote and foster co-operation between the partners. They also help filmmakers exchange knowledge, experiences and methods through talent camps, network meetings and co-productions.

Screen Talent Europe has received funding from Nordic Culture Point to build and strengthen the partnership in 2018-2020.