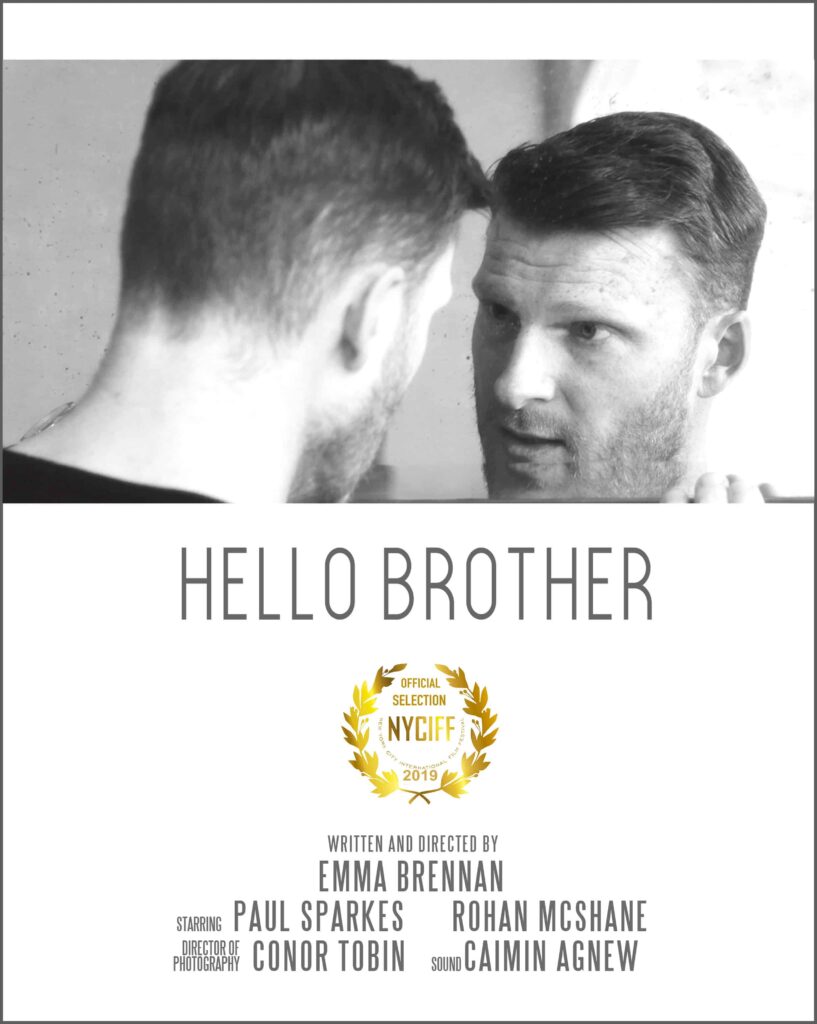 Galway Film Centre is delighted to announce that Hello Brother, one of the films from our 2018 1 Minute Film Festival programme has been accepted into the New York City International Film Festival!

NYCIFF is an annual event produced by the NYCIFF Foundation, For the Arts & Films, featuring top films from celebrated filmmakers as well as up-coming new talent from around the world.
The organization is committed to bringing the best of the world’s cinematography to New York City and to provide a platform for established and up-coming talented filmmakers from the US and around the world to showcase their film in a New York City platform.
The festival runs from Feb 25th to March 1st 2019 and Hello Brother will be featured in the category of shorts of up to 15 minutes.
Special congratulations to the cast and crew including: Emma Brennan, Rohan McShane, Paul Sparkes, Conor Tobin, Caimin Agneau, and Fabien Oman of Idiosync Films.
2019-01-17
GAF_admin01
Share
Previous GFC Is Seeking A New Training & Events Co-Ordinator
Next ‘Bittersweet’ wins Best Educational Media at Raw Science Film Festival 2019