Alexis Gambis, Executive Director of Imagine Science Films has cordially invited filmmakers Hugh Rodgers, Anna Rodgers and Zlata Filipovic to feature their Science on Screen documentary Bittersweet on the Labocine platform for the month of August 2018.

Imagine Science Films launched the first dedicated science film platform Labocine.com in 2016. It takes the form of a monthly video magazine and complements the annual Imagine Science Film Festival, now celebrating its 10th anniversary. Each month Labocine.com hosts a thematic program of films and the platform has facilitated access to science films to a much broader public and it is a fantastic tool for sharing films that are at the intersection of science and art, with a wider public.

Bittersweet will be part of the August Issue (#25) “Edible Cinema” and this issue will explore the unique ways to experience a film through aroma, texture and taste and it will also delve into the scientific and social implications of what humans hunt and consume.

The issue launches on Tuesday 7th August and all the selected film will be available for streaming on the Imagine Science Labocine site for one month at: https://www.labocine.com/

Bittersweet is a half-hour documentary directed by Hugh Rodgers and produced by both Anna Rodgers and Zlata Filipovic of Invisible Thread Films. The film captures the health system’s fight to treat the rising number of diabetic patients, and warns against this troubling epidemic facing our population. The film was recently screened at the 30th Galway Film Fleadh in July 2018.

Science on Screen is an Galway City of Film initiative by  CÚRAM, the Science Foundation Ireland Centre for Research into Medical Devices in NUI Galway with Galway Film Centre. The scheme offers funding to filmmakers to produce a documentary that engages with research currently underway at CÚRAM. The funding strand for creative documentaries set in the world of science is now in its third year and it’s main aim is to promote the publics understanding of science. 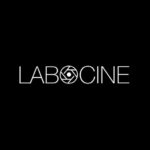