Sarah Ingersoll’s script THE BRIDGE will now be developed into a short film with Director Mark Smyth and Producer Lynn Larkin. 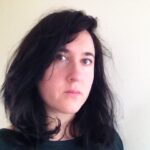 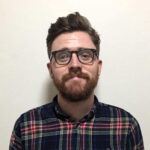 Mark was nominated for a Young Directors Award for his work on “Leap of Faith” and the film was also the winner of the Aer Lingus Filmmaker Competition 2017 and the IMRO Scoring for Film Competition 2017. Derry O’Brien at Network Ireland Television picked up “Leap of Faith” for worldwide distribution. Currently, Mark is directing on a freelance basis and is in development on his debut feature film “Will it be a Kind God” – a sci-fi/horror which he pitched at this years ‘JETS’ scheme during the 2018 Berlinale Film Festival. 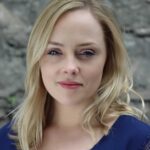 As well as being a producer, Lynn Larkin has worked in talent development for over seven years. There she project managed/executive produced over 20 shorts films and feature film, Writing Home. Lynn was also an Irish representative for Screen Talent Europe. Prior to working in talent development Lynn worked in production working with national broadcasters and production companies across home made Irish content, Nightshift, Pop Scene, Access Hollywood, Magners League, Champions League and others. She was an On-Air correspondent for the radio show, We Love Movies with weekly slots The Box Office Report and The Movie News for both Spin 103.8 and Spin South West. Lynn has created content and been a movie correspondent for Film Ireland, Ireland’s first stop online for all the latest Irish film news. She has also been a film judge for the ICCL Human Rights Short Film Awards and the Better Together Awards. Previous to their relocation to London, Lynn also worked as programme director for the Dub Web Fest a celebration of storytelling through original web series. CWF united tech and digital media to showcase online talent in Ireland and worldwide.

Alan Duggan, Galway Film Centre Manger noted, “We were heartened by the number and calibre of this years submissions. From 132 submitted scripts, we whittled it down to three very strong scripts and from that Sarah’s script ‘THE BRIDGE’ was chosen. Mark Smyth really impressed the interview panel with his pitch and interpretation of the story and then  Lynn Larkin came through as a very talented producer. We’re delighted to have arrived at such a great team.”

David Crean of RTÉ stated, “We were very impressed with the standard of applicants this year. The calibre of the producers in particular was really strong with some really talented people. We look forward to seeing the results”.

Shooting of ‘THE BRIDGE‘ is expected to commence in late Summer/early Autumn with the film due for completion in late 2018.