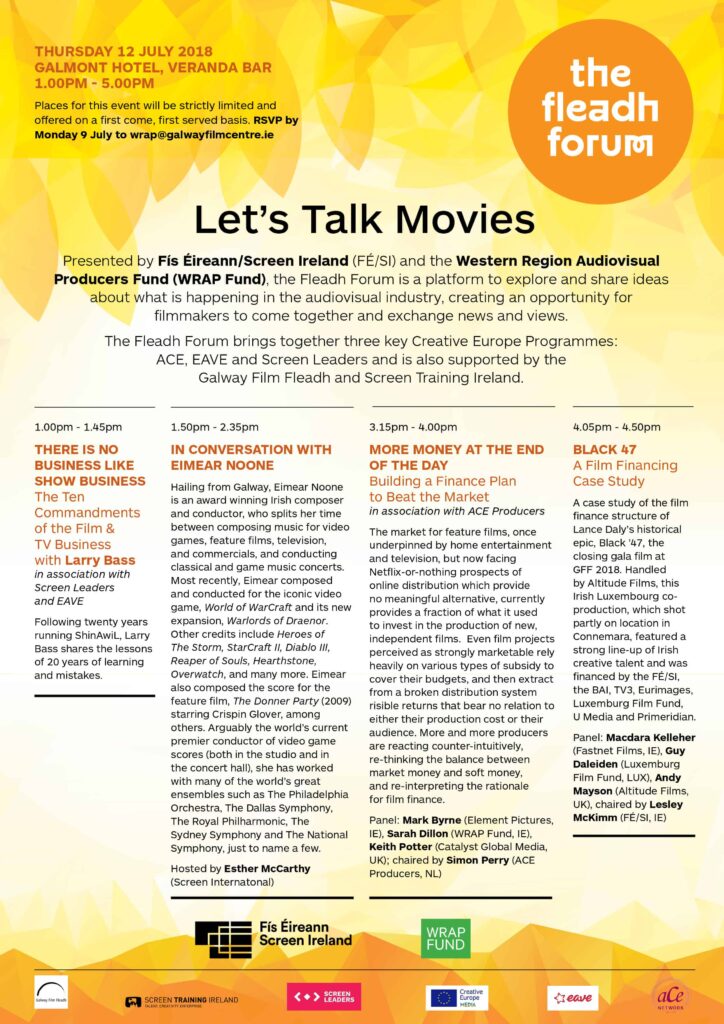 The Fleadh Forum is a platform to explore and share ideas about what is happening in the audiovisual industry, creating an opportunity for filmmakers to come together and exchange news and views. The Fleadh Forum brings together three key Creative Europe Programmes: ACE, EAVE and Screen Leaders and is also supported by the Galway Film Fleadh and Screen Training Ireland.

Places for this event will be strictly limited and offered on a first come, first served basis. RSVP by email to wrap@galwayfilmcentre.ie