‘A Tiny Spark’ selected for Science on Screen 2018

CÚRAM, the Science Foundation Ireland Centre for Research in Medical Devices based at NUI Galway and Galway Film Centre are delighted to announce ‘A Tiny Spark’ as the recipient of the 2018 Science on Screen commission. ‘A Tiny Spark’ will be directed by Niamh Heery and  produced by Caroline Kealy of Swansong Films and will examine the effect of stroke on people’s lives and will specifically look at research into clots.

This year’s Science on Screen applicants were invited to submit ideas for a documentary that engages with research into cardiovascular illnesses and stroke, currently underway at CÚRAM. ‘A Tiny Spark’ will focus on research, being led by Dr Karen Doyle, which involves analysis of removed blood clots to see what information they may yield. This is the first study of its kind in the world and is an international collaborative study between NUI Galway, hospital partners in Beaumont Hospital and throughout Europe and the Mayo Clinic, USA.

Contributors to the documentary will include individuals who have had a stroke, as well as the scientists and medics who work in the stroke area in Galway and Dublin. Filming will take place in Dublin, Limerick and Galway in July 2018.

The Swansong Films team have an adventurous plan to 3-D animate the brain highlighting the functions that the various parts serve such as the ‘amygdala’ which is the emotional part of the brain and is responsible for affection. They will also use this method to highlight the journey of clots and their potential for destruction.

Professor Abhay Pandit, Scientific Director of CÚRAM said “This year’s film will focus on stroke and clot research which is yet another area of research which will have a significant impact on audiences all over the country. These stories, narrated through our Science on Screen documentaries, show the real challenges that people face when living with chronic illness but also how we are trying to address them here at CÚRAM, to improve quality of life for all.”

Galway Film Centre Manager, Alan Duggan noted: “The Science on Screen commission scheme shows the real human side of the application of science. We are delighted to continue working with CÚRAM on this scheme and we will be supporting Niamh, Caroline and the filmmaking team in bringing ‘A Tiny Spark’ to the screen this year.”

“A Tiny Spark’ will premiere in Galway in November 2018 as part of the Galway Science and Technology Festival during Ireland Science Week. 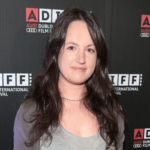 Niamh Heery is an award-winning Irish filmmaker. Her film work with diverse communities and international NGOs often inspires the range of themes and subjects she explores as a director, in both fiction and documentary. 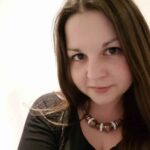 Caroline Kealy is a producer, coordinator and researcher for films and television. She has produced a number of short films, documentaries and music videos which have been shown at festivals worldwide. 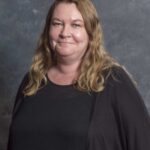 Dr Karen Doyle is a Senior Lecturer in Physiology and Principal Investigator. Her research involves studying neurovascular stress, the causes of neuronal loss and investigating novel strategies to protect brain tissue from damage. Dr Doyle’s focus is on understanding the pathophysiology of occlusive stroke, the characteristics of human blood clots that cause occlusive strokes and also the effect of cerebral hypoperfusion and reperfusion strategy on the survival of brain tissue. Dr Doyle is the founder leader of Galway Neuroscience Centre, is a former Vice President of Neuroscience Ireland and Vice Dean for Graduate Studies in the College of Medicine, Nursing & Health Sciences, NUI Galway. See Dr. Karen talk about her research into removing blood clots that can lead to stroke in a study that is the first of it’s kind in the world: Youtube link

The Science on Screen scheme has been running since 2016 and has awarded €35,000 each to three documentaries on topics such as Parkinson’s disease (‘Feats of Modest Valour’), tendon injury (‘Mending Legends’) and diabetes (‘Bittersweet: The Rise of Diabetes’). The films have reached audiences of over 0.5 million and have received success at festivals internationally.

Full details on all previous Science on Screen films can be found here: www.galwayfilmcentre.ie/category/science-on-screen

The 2017 Science on Screen film, ‘Bittersweet: the Rise of Diabetes’, directed by Hugh Rodgers and produced by Anna Rodgers and Zlata Filipovic of Invisible Thread films will screen at Galway Film Fleadh in July 2018. See details here.