Science on Screen Documentary ‘Bittersweet’ to screen at UCD 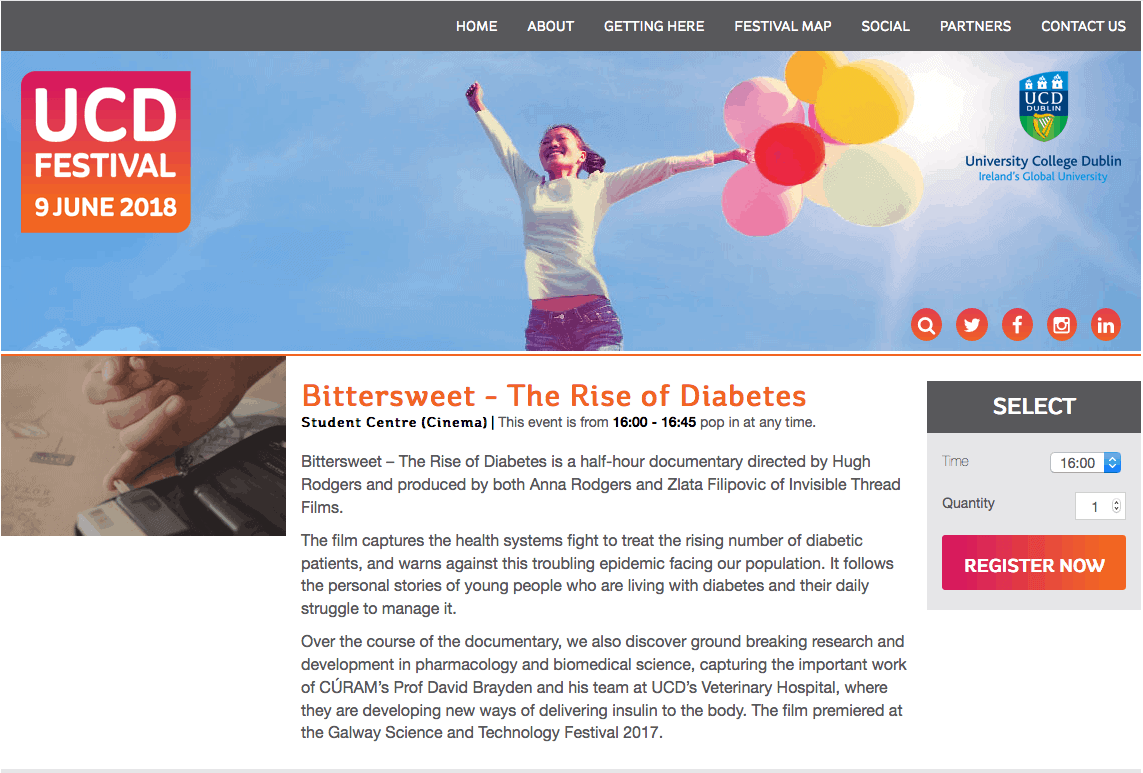 Bittersweet, the Science on Screen documentary will screen as part of the UCD Festival on Saturday 9th June in UCD, Dublin.

The FREE screening will take place at 4pm in the Student Centre Cinema and ticket registration is available here:

Following the screening there will be a special Q&A  facilitated by Hugh Giffney, Doctoral Candidate, CÚRAM, UCD and will include Hugh Rodgers, Director of Bittersweet, Professor David Brayden, Co-Lead, CÚRAM, Centre for Research in Medical Devices, UCD and Marc Farrelly, Technician, UCD School of Veterinary Medicine.

Bittersweet is a half-hour documentary directed by Hugh Rodgers and produced by both Anna Rodgers and Zlata Filipovic of Invisible Thread Films. The film captures the health system’s fight to treat the rising number of diabetic patients, and warns against this troubling epidemic facing our population.

Bittersweet was the 2017 recipient of the Science on Screen Commission. The Science on Screen scheme is an Galway City of Film initiative by CÚRAM, the Science Foundation Ireland Centre for Research into Medical Devices and Galway Film Centre. The scheme offers funding to filmmakers to produce a documentary that engages with research currently underway at CÚRAM. The funding strand for creative documentaries set in the world of science is now in its third year and it’s main aim to promote the publics understanding of science.