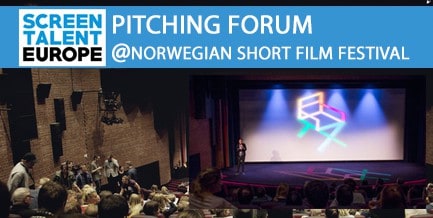 Galway Film Centre is delighted to select filmmaker Mia Mullarkey and her project ‘Troubled Water‘ as the Galway representative for the Pitching Forum at the Norwegian Short Film Festival taking place from 13th to 15th June in Grimstad, Norway.

Mia Mullarkey is an award-winning short film director and through her production company, Ishka Films Ltd., she has  directed a number of successful shorts, receiving over 25 festival awards world-wide. She has received film grants from the Irish Film Board, Filmbase, Galway Film Centre with Science Foundation Ireland and the National Lottery Fund. In February 2018 she received the Discovery Award at Audi Dublin International Film Festival for my short films, and consequently she will be Filmmaker-in-Residence with ADIFF and the Digital Hub for 2018.

Her project, Troubled Water, is a 7 minute drama depicting the moment a man struggles to choose between suicide and life. Trapped in a psychological maze of memories and suffering, his unconscious inner monologue bursts forth, disjointed and tormented. Running underneath the turbulent confusion is a fragile glimmer of grace, as John’s thoughts swing between hope and despair.

Screen Talent Europe organizes the Pitching Forum at the Norwegian Short Film Festival in Grimstad and invites member organisations to select a representative filmmaker to take part. New producers, directors and screenwriters from northern Europe have the opportunity to pitch short and documentary projects during the festival. 10-14 short films and documentary projects are selected and each participant will present their project in a 5-minute pitch before a jury and an audience of potential co-producers, co-financiers, filmmakers and other festival audience.

Galway Film Centre is a proud members of the Screen Talent Europe; a network of film workshops and media centers in Denmark, Sweden, Norway, Faroe Islands, Germany, Ireland, Northern Ireland and France. The purpose of the network is to promote and foster co-operation between partners and to help filmmakers exchange knowledge, experiences and methods through talent camps, network meetings and co-productions.