Home / News / Stories from the Landscape | The European Dimension

Stories from the Landscape | The European Dimension 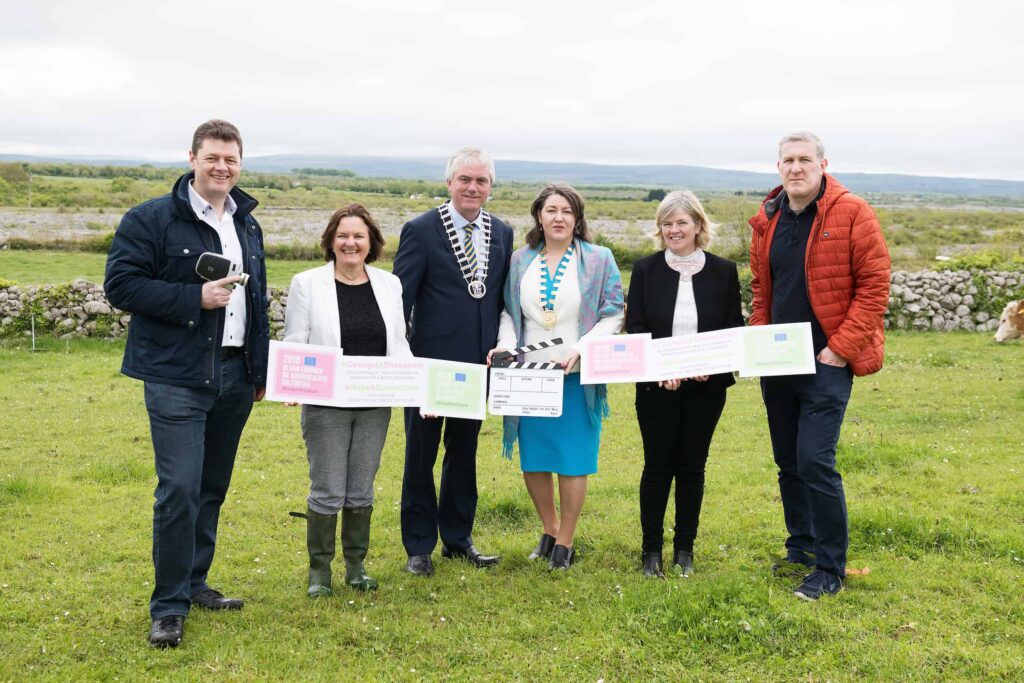 Stories from the Landscape | The European Dimension

In celebration of the European Year of Cultural Heritage, Galway Film Centre in partnership with Galway County Council and Clare County Council along with support from the Heritage Council of Ireland are delighted to launch ‘Stories from the Landscape | The European Dimension’ with filmmaker Paul Murphy.

‘Stories from the Landscape | The European Dimension’ will involve the production of two short documentaries on the theme of landscape and will document aspects of our built and natural heritage across Europe, in both Ireland and Austria.

The first film will look at the tradition of dry stone wall building and will visit two festivals that celebrate this; ‘Féile na gCloch’ on Inis Oírr, Oileán Árainn off the coast of Galway in the west of Ireland and ‘Stein Und Wein’ that takes place in Langenlois in the north east of Austria. Though many miles apart both Inis Oírr and Langenlois celebrate the tradition of dry stone walling with festivals that are both regional and local development strategies towards sustainable tourism.

The second film will focus on the traditions of transhumance; the action or practice of moving livestock from one grazing ground to another in a seasonal cycle, typically to lowlands in winter and highlands in summer, though in the Burren the reverse is the case. The film will document the work of the Burrenbeo group based in the unique region of the Burren in Co. Clare in the West of Ireland and the Burren Winterage Festival that celebrates this ancient transhumance tradition that is key to the survival of the region’s famous flora and fauna. The film will also document the transhumance between the Ötztal valley and Senales Valley in South Tyrol, one of the longest-standing and largest movement of sheep in the entire Alpine region.

The aim of the European Year of Cultural Heritage is to encourage more people to discover and engage with Europe’s cultural heritage, and to reinforce a sense of belonging to a common European space. The slogan for the year is: Our heritage: where the past meets the future and throughout 2018 organisations are encouraged to celebrate our diverse cultural heritage across Europe – at EU, national, regional and local level. Both films will be completed throughout the year and will have a Premiere Screening in late 2018.

National Coordinator of the European Year of Cultural Heritage, Beatrice Kelly said: “The Heritage Council is delighted to support this fantastic project, which celebrates Ireland’s ancient connections – through heritage practices – with other places in Europe. Shining a light on our joint European traditions, values, landscapes and history is very much at the heart of the European Year of Cultural Heritage, and we would like to encourage everybody to explore and make a connection with our shared heritage.”

Clare County Council Deputy Mayor, Cllr. Pat Burke said: “This project is a fantastic opportunity to highlight the great work of the Burrenbeo Trust here in the Burren. This project will allow us to connect with our European counterparts and to continue to cherish our cultural heritage.”

Galway Film Centre Manager, Alan Duggan added: “Partnering with our heritage colleagues in Galway, Clare and Austria and working together to celebrate our shared heritage makes for a really exciting project. Filmmaker Paul Murphy has worked on a number of fantastic heritage films to date and we look forward to seeing these new documentaries later in the year”.

Further information on the films will be published to on www.galwayfilmcentre.ie, www.galwaycommunityheritage.org and www.clarecoco.ie