‘Calm With Horses’ shooting in Counties Clare and Galway

Calm With Horses, the feature debut of Nick Rowland starring Cosmo Jarvis, Barry Keoghan and Niamh Algar which is set to shoot in the West of Ireland in May in co-production with Element Pictures. Altitude Film Distribution will partner with Element Pictures Distribution for the film’s release in the UK and Ireland. Film4 will finance production along with the Irish Film Board and the newly announced Western Region Audiovisual Producer’s Fund (WRAP Fund).

Calm With Horses is based on a novella from the acclaimed collection of short stories Young Skins by Irish writer Colin Barrett from Mayo. The collection won the Guardian’s first book award and the Frank O’Connor Short Story Prize. Writer Joe Murtagh has adapted the screenplay and has collaborated with Rowland since they studied together at the NFTS. Rowland, Murtagh and Emmerson have all featured in Screen International’s Stars of Tomorrow showcase.

In darkest rural Ireland, ex-boxer Arm has become the feared enforcer for the drug-dealing Devers family, whilst also trying to be a good father to his autistic five-year-old son, Jack. Torn between these two families, Arm is asked to kill for the first time, and his attempt to do the right thing endangers everyone he holds dear.

One of the industry’s rising screen stars, Barry Keoghan recently starred in Lance Daly’s Black 47, which premiered in selection at Berlin. Altitude is also representing the film for international sales and distribution in the UK. Keoghan can also been seen in Bart Layton’s Sundance Grand Prize-nominated American Animals, Christopher Nolan’s Dunkirk and Yorgos Lanthimos’s The Killing of a Sacred Deer.

Niamh Algar won the Best Supporting Actress at the Irish Film and Television Awards (2017) for her performance in Nick Kelly’s The Drummer and the Keeper, and is known for her lead role in Lorcan Finnegan’s Without Name which received its world premiere at the Toronto International Film Festival (2016). She will also star in Shane Meadows’ upcoming TV series, The Virtues.

The Western Regional Audiovisual Producer’s Fund (WRAP Fund) is a new initiative of the Western Development Commission and Galway Film Centre in association with the local authorities of Clare, Donegal, Galway City, Galway County, Mayo, Roscommon and Sligo along with Údarás na Gaeltachta, set up to support film, television, animation and gaming industries in the Western region of Ireland. The WRAP Fund is committed to strategic investment that encourages regional production and development activity across the audiovisual sectors, to support local talent, create sustainable employment, build the audio-visual infrastructure and contribute to the cultural veracity of the region.

Launched in late 2017, Calm With Horses is the first project supported by the WRAP Fund. 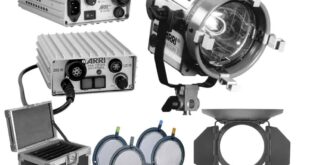