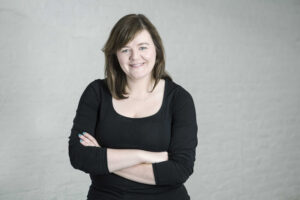 Galway Film Centre are delighted to announce the appointment of Sarah Dillon as the Development Manager of The WRAP Fund.

The Western Regional Audiovisual Producer’s Fund (WRAP) is an initiative of Galway Film Centre and the Western Development Commission in association with the local authorities of Clare, Donegal, Galway City, Galway County, Mayo, Roscommon and Sligo along with Údarás na Gaeltachta, set up to support film, television, animation and gaming industries in the region.

Having worked as part of the core creative team with the Irish Film Board/Bord Scannán na hÉireann for over ten years, Ms Dillon has gained an in-depth knowledge of the Irish and international audiovisual industries. She brings with her a complete understanding of the process of development, financing, production and distribution as well as an extremely diverse network of contacts from local and international content producers to financiers, sales agents and distributors. The role will include the promotion of the WRAP Fund to identify suitable projects, evaluating applications for funding, and supporting local producers and talent to grow and advance their projects within the audio-visual sector.

Celine Curtin, chair of Galway Film Centre, added “We are delighted that we can announce that someone of Sarah’s calibre has taken up this new position. She has a wealth of experience across feature film, television drama and animation and has been involved in multiple projects from script to screen, and we see her appointment as an important step forward in the development of the creative industries in the West.”

Ian Brannigan, Chief Executive of the Western Development Commission, commented: “We knew from when we first started exploring the idea of a regional support fund with Galway Film Centre that it was crucial that we find the right individual to take the helm. Sarah has a very broad skill set from assessing scripts to complex contracting, and has many existing strong relationships in the audio-visual industry which will serve her well in her new role. We wish her all the best and are very pleased that we can now say that the WRAP Fund is officially open for business.”