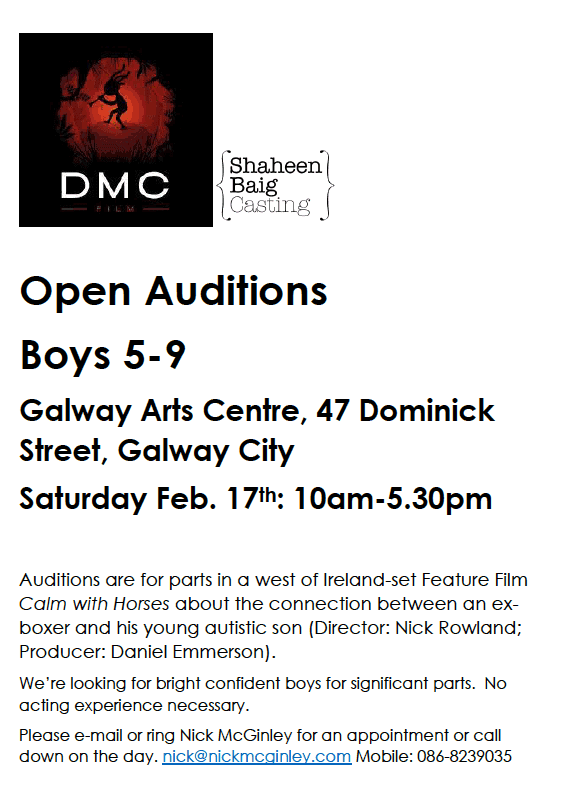 I’m holding open auditions for boys from 5-9 years of age for a feature film Calm with Horses, based on the story by Colin Barrett centering on the connection between an ex-boxer and his young autistic son to be directed by Nick Rowland and produced by Daniel Emmerson of DMC Films – Michael Fassbender’s production company – and shot on location in the West of Ireland.

I’m scouting across the West to look for boys with the confidence and natural charisma to perform in pivotal roles in this drama. What we need is a short interview with each boy on camera – with a parent in the room – where he’ll be asked simple questions to find out who he is. We then might ask him to act out some pieces from the film. It will be an informal atmosphere with the aim that it’d be fun too.

To ensure they can be seen on the day, parents can make an appointment with me in advance: Casting Director Nick McGinley nick@nickmcginley.com and mobile: 086-8239035