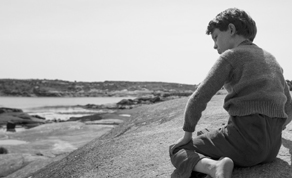 Having already been selected by IFTA as Ireland’s submission for the Foreign Language category at the 90th Academy Awards, Song of Granite has opened to the Irish public in national Cinemas.

Directed by Pat Collins, ‘Song of Granite‘ was co-written by Pat Collins, Eoghan Mac Giolla Bhríde and Sharon Whooley, and produced by Alan Maher, Jessie Fisk and Martin Paul-Hus. The film premiered to critical acclaim at the SXSW Film Festival in the US earlier this year and has enjoyed a great run in America as it has successfully generated interest ahead of the Oscar nominations being announced in January.

Acclaimed filmmaker Pat Collins brings the dramatic life story of legendary seannós singer Joe Heaney to the screen, an audacious exploration of the man and his music. With an approach that marries traditional narrative episodes with documentary footage, the film celebrates the music Joe Heaney created while painting an unflinching portrait of Heaney, the man. Enigmatic and complex, Joe Heaney was one of the greats of traditional Irish singing. Shaped by the myths, fables and songs of his upbringing in the west of Ireland, his emergence as a gifted artist came at a personal cost.  Featuring performances from Lisa O’Neill, Damien Dempsey, Seamus Begley and sean nós singers Micheál O’Confhaola and Pól Ó Ceannabháin, the film is an intense exploration of music and song.

Pat Collins, Director and co-writer of ‘Song of Granite’ said: “Joe Heaney, the subject of this film, was a great teacher and advocate for the Irish traditional singing and taught singing to students all over America. He remains one of the great traditional singers. I think he would have liked the notion of a film with sean nós singing at its core representing Ireland in an international competition like the Oscars.”

Song of Granite is a Marcie Films, Amerique Film production with Harvest Films, South Wind Blows, Roads Entertainment. Oscilloscope are releasing the film in the US, and Thunderbird in the UK and Canada and Wildcard in Ireland.

For screenings in Galway see the EYE Cinema: https://www.eyecinema.ie/movie/song-of-granite 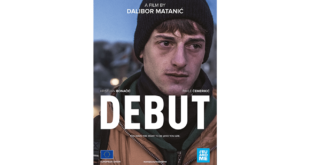