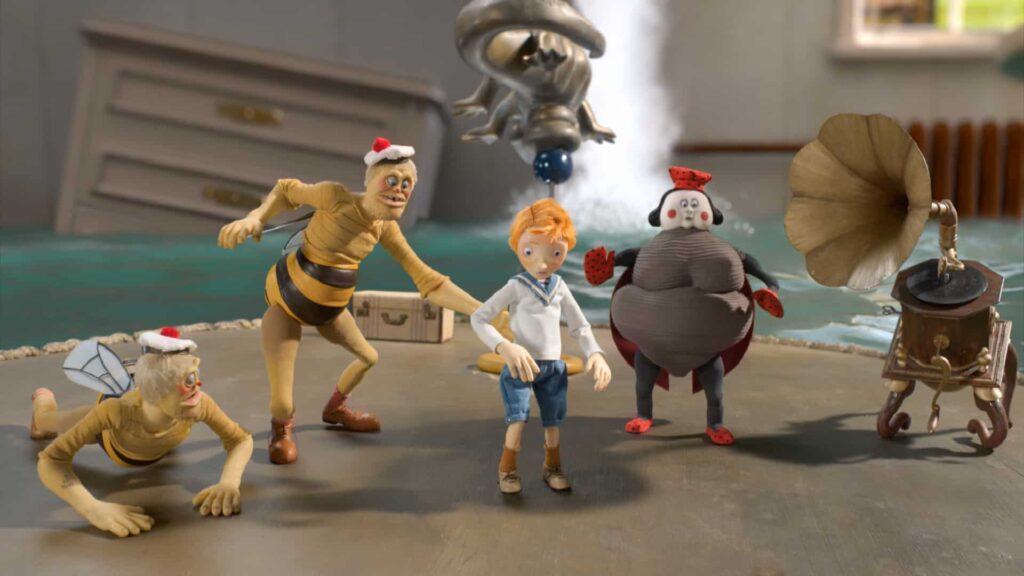 Post-production on Captain Morten And The Spider Queen is nearing completion in Telegael’s stop-motion studio in Galway. This is the first ever feature film to be animated in stop-motion in Ireland. It is a co-production between Telegael (Ireland), Nukufilm (Estonia), Grid VFX (Belgium) and Calon (UK).

The film tells the story of a young boy who learns to take control over his life when he is shrunk to the size of an insect and has to sail his own toy ship through a flooded café. But with a wicked Spider Queen and Scorpion Pirate already aboard, being captain is going to be anything but child’s play!

The majority of the animation has been produced in Studio Telegael with a crew of more than 30 artists drawn from all over Ireland and further afield.

Watch a clip from Captain Morten And The Spider Queen