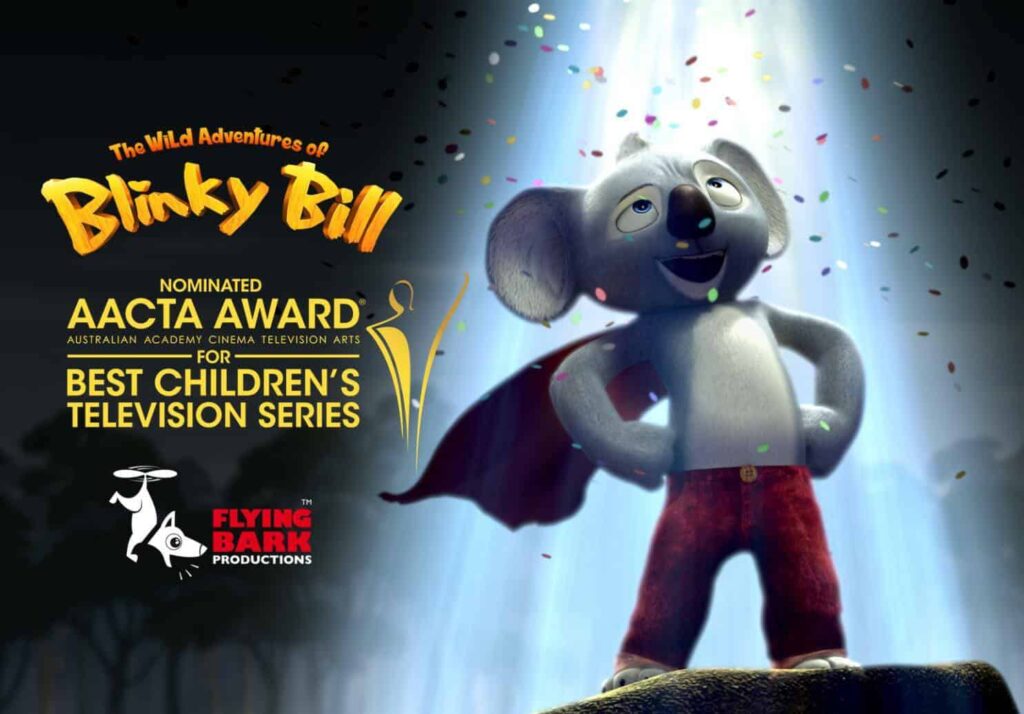 Blinky Bill (voiced by Ryan Kwanten) is a little koala with a big imagination. An adventurer at heart, he dreams of leaving the little town of Green Patch and following in his missing father’s footsteps. When Blinky discovers a mysterious marker that hints at his Dad’s whereabouts, he embarks on a journey that takes him beyond the boundary of Green Patch and into the wild and dangerous Outback. He quickly makes friends with Nutsy, a zoo koala, and Jacko, a nervous frill-necked lizard. Pursued relentlessly by a vengeful Cat who has a personal score to settle with Blinky, the trio must learn to work together if they ever want to survive the rugged Australian landscape and find Blinky’s father!
The Blinky Bill team from Telegael in Spiddal, Co. Galway has been nominated for yet another award – AACTA Best Children’s Television Series. Warm congratulations to the team and all their hard work!
See Telegael for more Blink Bill info.