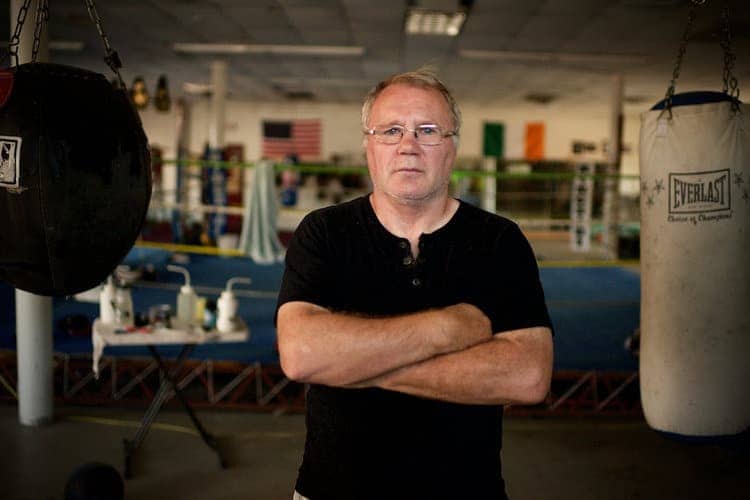 One hundred seventy features have been submitted for consideration in the Documentary Feature category for the 90th Academy Awards®, including five Irish entries: Elian, The Farthest, No Stone Unturned, Rocky Ros Muc, and School Life (formerly In Loco Parentis).

Rocky Ros Muc charts boxer Sean Mannion’s rise from humble beginnings to challenging for a world title crown. From the quiet Gaeltacht village of Ros Muc, Galway, to the criminal underworld of James “Whitey” Bulger and the mean streets of Boston. Rocky Ros Muc examines spirit inside the ring and troubles outside; the reality of emigration and its impact on identity.

The film is directed by Michael Fanning and produced by Máire Bhreathnach and Executive Produced by Trevor Birney. Rónán Mac Con Iomaire was Associate Producer on the film with Mairéad Ní Thréinir as Assistant Producer. The film was edited by Michael Paisley with an original score composed by Andrew Simon McAllister. Rocky Ros Muc is a Below The Radar production made with support from Northern Ireland Screen’s Irish Language Broadcast Fund, TG4, Bord Scannán na hÉireann/the Irish Film Board, the Broadcasting Authority of Ireland and MG Alba.

A shortlist of 15 films will be announced in December. Films submitted in the Documentary Feature category may also qualify for Academy Awards in other categories, including Best Picture, provided they meet the requirements for those categories.

Nominations for the 90th Academy Awards will be announced on Tuesday, January 23, 2018 and the 90th Oscars will then be held on Sunday, March 4, 2018, at the Dolby Theatre at Hollywood & Highland Center in Hollywood.