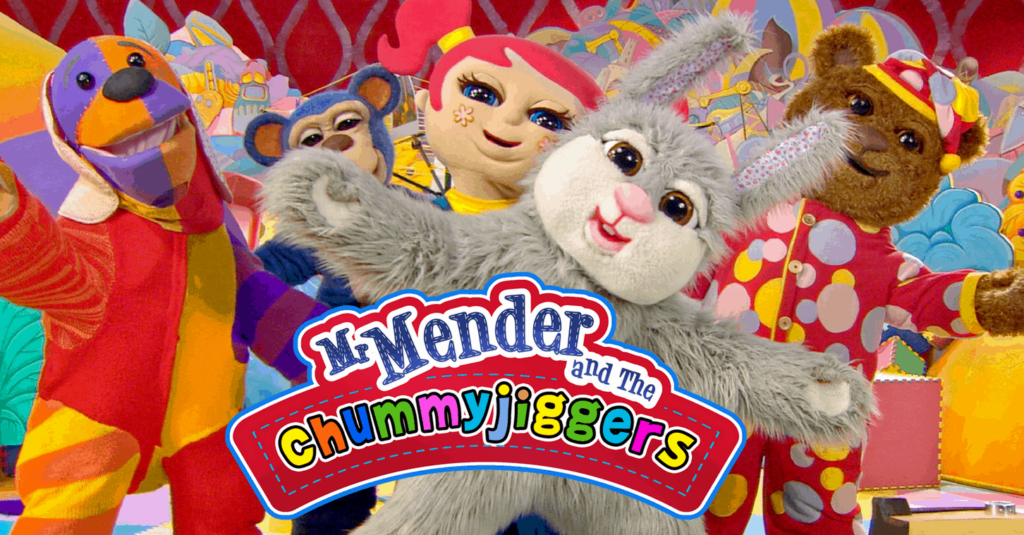 ‘Mr Mender and The Chummyjiggers’ is a pre-school live-action series in which Mr. Mender, the toy mender, awakens some playtime favourite toy friends (the Chummyjiggers – Mollydolly, Bedted, Baba-Oo, Bobtail and Up Pup) who live in a magical toy trunk in his shop.

Narrated by actor Louis Lovett (Mr. Mender), the show uses storytelling to convey core values of co-operation, sharing, problem solving and self-awareness. The series is written by Muireann Ní Chíobháin and Emma Hogan. ‘Mr. Mender and The Chummyjiggers’ will be broadcast on RTÉjr Monday to Friday at 7:55am with a repeat at 12 noon. The episodes will be repeated on Saturdays and Sundays at 12:10pm and at 4:30pm respectively. The series will also be available to view on the RTÉ Player and on the RTÉjr App anytime.

The series is produced by Mary Bailey and Darach Ó Tuairisg and directed by BAFTA winning director, Tom Poole, whose credits include ‘Old Jacks Boat’ (BAFTA for the Best Preschool Live Action Series) and ‘Giggle Biz’ for Cbeebies, ‘My Parents are Aliens’ and ‘My Phone Genie’ for CITV and Nickelodeons very own ‘House of Anubis’. Tom is also credited as a director on Channel 4’s continuing drama ‘Hollyoaks’ and BBC One sitcom ‘The Citizen Khan’.

Information can be found on the RTÉjr Website on https://rtejr.rte.ie/watch/mrmender-and-the-chummyjiggers/