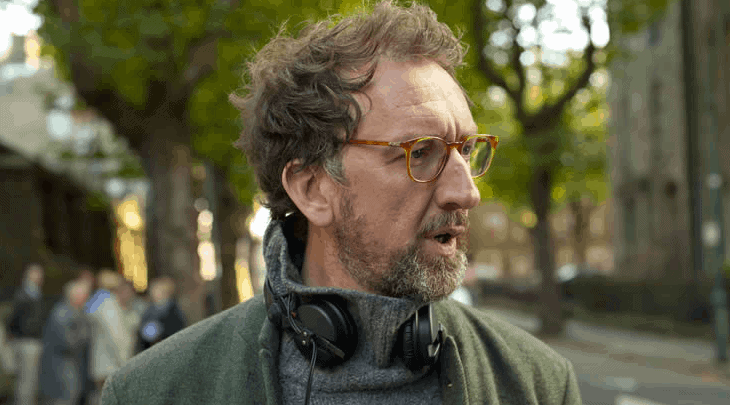 John Carney, one of the most acclaimed and successful contemporary Irish film directors, has been appointed an Adjunct Professor with the Huston School of Film and Digital Media at NUI Galway. Mr Carney will give talks and workshops in the Huston School over the next three-years, including the forthcoming BA in Film and Digital Media, and will also contribute to the increasing integration of the school’s programmes with the film and audio-visual industry in Ireland and internationally.

Dr Seán Crosson, Acting Director of the Huston School of Film and Digital Media at NUI Galway, said: “We are delighted that such a distinguished director as John Carney has agreed to join us in Huston as an Adjunct Professor. John has been a key figure in Irish film over the past twenty years. His award-winning work, particularly in the musical genre, has helped to reimagine the parameters of Irish cinema and brought Irish stories and characters to wide international audiences. John will make an important contribution to the Huston School programmes in the coming years, and allow us to further develop our connections with the film and audio-visual industry in Ireland and internationally.”

Speaking about his appointment as Adjunct Professor, John Carney, said: “I’m thrilled with the appointment. Galway holds a special place in my heart as a film maker, and I look forward to many months of work with the NUI Galway students, discussing, developing and making films.”

John Carney was born in Dublin and was educated at De La Salle College Churchtown and at Synge Street CBS. He was bassist for Irish rock band The Frames between 1991 and 1993 and also directed some of their music videos. Carney also co-wrote and co-directed the hugely successful RTÉ TV series Bachelors Walk. In recent years Carney wrote and directed the 2006 global hit movie Once, which went on to win numerous awards including an Academy Award for Best Original Song. It has since been adapted as one of the most successful theatrical musicals of recent years, including award winning runs on Broadway and the West End.

Subsequent films directed by Carney have enjoyed considerable critical and commercial success. Begin Again (2013) grossed over $63 million worldwide and was nominated for an Academy Award for Best Original Song for Lost Stars. His most recent film, the Irish set coming of age musical Sing Street (2016), was nominated for Best Motion Picture – Musical or Comedy at the 74th Golden Globes in January 2017.

With a core focus on the development of creative and critical skills, the BA in Film and Digital Media equips graduates for a career in today’s rapidly changing media environment. Employing over 6,000 people nationwide, and generating an estimated €550 million annually, the creative industries are central to Ireland’s economic and cultural achievements on the global stage. At the heart of the industry’s success lie the creative talents of the individuals working within it. The exciting new BA in Film and Digital Media undergraduate degree offers students a unique combination of theory and practice across the areas of film and digital media, providing them with practical skills in filmmaking, screenwriting, and digital development and design, and positioning them to become the next generation of content creators.

The event is free and open to the public on Thursday, 9 November and students interested in attending John Carney’s inaugural lecture can email hustonfilmschool@nuigalway.ie.

For further information on the Huston School and its programmes, visit: www.filmschool.ie.