New €2m WRAP Fund will encourage Film, TV and Game Industry in the West of Ireland

A new €2 million fund to encourage the film, television, animation and game industry in the West of the country was launched today, Thursday, October 12th, in Galway, the UNESCO City of Film with Minister of State for Rural Affairs and Natural Resources Seán Kyne. It is estimated that this investment will create 90 direct additional jobs within the industry in the Western Region.

The Western Region Audiovisual Producer’s Fund — or WRAP Fund — is an initiative of the Galway Film Centre and the Western Development Commission (WDC). It will run over a three-year period in association with the local authorities in the counties of Clare, Donegal, Galway, Mayo, Roscommon and Sligo as well as Údarás na Gaeltachta.

The objective of the new WRAP Fund is to facilitate the development of, and investment in, film, television, gaming and animation projects in the Western Region. It is hoped that it will increase the number of screen content production projects undertaken in the region, creating direct employment of 90 jobs. As well as supporting local projects, it is hoped that the Fund will also help attract international production companies to the western region, having knock-on benefits for the wider economy and for future tourism to the region.

The WRAP Fund is aiming to support 15 development projects, with an expectation that at least 20 per cent of these would secure resources to go into full production. Around another 10 internationally funded co-productions will be supported in the region.

Full details of the eligibility and how to apply will be available once the WRAP Fund is up and running early next year. Recruitment of a WRAP Fund Development Manager will begin in the next few weeks.

Funding for the initiative has been ring-fenced by the WDC from its Revolving Evergreen Western Investment Fund. The local authorities in the counties involved will provide funding towards operational costs.

In the Government’s Action Plan for Jobs 2015-2017, a commitment was made under Action 144 to “develop and implement an action plan to support the film industry in Galway and the West Region and explore the potential for a Regional Film Fund”.

Galway also has the largest audiovisual industry outside Dublin with more than 600 jobs and an indigenous industry worth more than €72m annually to the local economy.

Sligo recently hosted the Premiere of ‘Halal Daddy’, a feature film shot on location in Sligo while Donegal’s Malin Head has become famous the world over after being featured in ‘Star Wars’. Telegael in Galway are in post-production on Ireland’s first stop-motion animation feature, ‘Captain Morten and the Spider Queen’. Other film makers – such as Johnny Gogan of Bandit Films, based in Leitrim — are shooting acclaimed work in the West.

The WDC believes that the creative sector is extremely important to the Western Region, which has a rich history of significant film and television activity. It has been working to develop the industry over the years through initiatives such as the WDC’s Creative Industries Micro Loan Fund and its work with EU projects such as MyCreativeEdge.

Seán Kyne, Minister of State for Rural Affairs and Natural Resources, said: “I’m delighted to launch this €2 million WRAP fund at the FÍS summit here in Galway. The potential of the film, television and game industry for the West of Ireland has already been very well demonstrated by TG4 and a range of independent producers. I’m confident that this new WDC-backed fund will further develop this sector in the West bringing greater benefits in terms of job creation as well as for the creative industry. I look forward to seeing the results of the investments on our screens in the near future.”

Ian Brannigan, Acting CEO of the Western Development Commission (WDC), said: “The WDC is very excited to be able to provide this funding to the audio visual sector. We think it has huge potential to increase sustainable employment within the sector as well as create opportunities to upskill crews working here. The benefits of the film industry to a region has been recognised for some time. As well as creating direct employment, there is an impact on the wider economy such as those providing food and accommodation during the shoots to the more long-term increase in tourism.”

Declan Gibbons, Manager of Galway Film Centre & Director of UNESCO City of Film, said: “The WRAP Fund is a game changer for the audio visual and gaming sectors in the Western Region. Building on the UNESCO designation in 2014, Galway Film Centre is now delighted to partner with the WDC to roll out this fund in collaboration with all the local authorities concerned. This significant investment has the potential to provide increased content creation and continuity of work and is an immense boost to the wealth of screen talent in the region.” 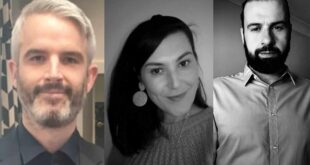