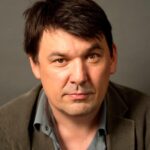 Graham Linehan has been described as “an engine of comedy”!

He is an Irish comedy writer and director who has written, and co-written, some of the best comedy shows from the last 25 years. He is probably most known for his work on The IT Crowd and Father Ted along with his contributions to shows such as Brass Eye, The Fast Show, Coogan’s Run, Screenwipe, Black Books and Big Train. He has been nominated and won numerous BAFTA Awards as well as becoming a cult figure for comedy fans around the world.

As part of the FÍS TV Summit, Graham will take part in a special guest interview with Billy McGrath of Sideline Productions. 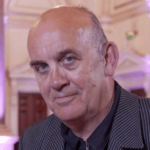 A founder member of The (Spike Milligan) Comedy Machine in UCD in the late 1970s, the sketch group performed at Arts Festivals nationwide, top music venues before their final appearance in London on BBC Radio 4. Mixing a career in music promotion, management and PR with live comedy in the early 1980s, Billy – as MC and performer – developed the first ever stand up comedy clubs in Ireland. Sideline Productions was set up in late 2005 and as well as producing major TV shows for Irish & international TV, comedy has always been a passion. In 2013 Sideline set up The Comedy Division and hooked up with BAFTA winning director Declan Lowney (Fr Ted, Cold Feet, Little Britain etc) to develop new TV comedy projects e.g. The Rubberbandits pilot (C4); Foil, Arms & Hog (BBC development); new sitcoms optioned by Baby Cow (London) for CBBC & Comedy Central plus developing new Irish comedy writers for all platforms. In June 2015 & 2016 Sideline were awarded the BAI’s largest ever award for RTE Radio 1’s Comedy Showhouse. 34 half hour shows featuring the cream of Irish comedy talent were recorded live at The Project Arts Centre, Dublin.

The full schedule of the FÍS TV Summit is available here.

Tickets to the FÍS TV Summit are priced at €65 // €80, including Lunch and Networking Reception and are available through Eventbrite.