FÍS TV SUMMIT | PANEL #3: Programming for the Next Generation 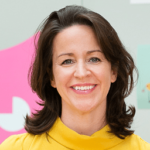 Gráinne McGuiness set up Paper Owl Films five years ago after 18 years working in production in a variety of television and digital roles. It was the best thing she ever did and since then has very much enjoyed developing and producing a slate of young people’s projects for the domestic and international marketplace. As creator and producer, she is currently working on Pablo for Cbeebies. She is passionate about wildlife and technology, and Na Dúlradóirí for TG4 was a big passion project last year. Creating quality content for younger audiences is a dream come true for Gráinne, although she does develop digital projects for grown-ups for the factual department in Paper Owl. Gráinne holds a BA in Media Studies and an MA in Marketing both from the University of Ulster, a PG Cert in Teaching Adult Learners and PG Cert in Computer Based Learning from QUB. She has also completed the Filmbase Directing for Screen course. 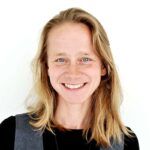 Julia Bond is BBC Children’s Commissioning Executive for Scotland and Northern Ireland. Working with the independent sector, she helps identify potential commissions and make recommendations to the Controllers of both CBeebies and CBBC as well as Exec delivery of projects from pre-production to the finished product. She has worked in children’s media since 1995. 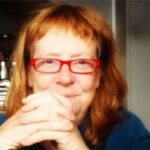 For the past 30 years Sheila de Courcy has produced, directed and commissioned programmes of all types – from drama and current affairs to arts, animation and entertainment – for TV, Radio, Mobile and Online in RTÉ. Appointed Group Head of Children’s Content and Controller RTÉjr in 2012, Sheila currently leads RTÉ’s output for and engagement with young people across all platforms. She is a regular contributor to national and international media and digital conferences and has been involved in organising media related conferences in Ireland for over 20 years. Prior to working in RTÉ, Sheila spent almost 6 years in the National Museum of Ireland. Sheila is Vice Chair, EBU Youth Experts Group, a member of the Irish Film Institute Board and the Mary Raftery Journalism Fund Advisory Group, and former Chair of the Board of The Ark, A Cultural Centre for Children.

Siobhan Ní Bhrádaigh oversees programme acquisitions and comissioning of TG4‘s young people’s programming. Her background includes work in the independent sector with Fíbín Media, as Series Producer (Is Eolaí Mé); Production & Marketing experience with Cúla4 and as Dubbing Director with Telegael. Programmes Siobhán has been involved in developing for TG4 include Saol faoi Shráid, Bia Linn, Bog Stop and Aifric. 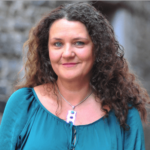