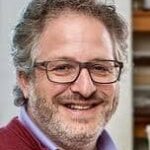 Amory B. Schwartz is an American lawyer with nearly 25 years of experience in international media business development, concentrating on television and digital media. Based in Dublin, Amory is currently managing the international commercial development and sales for The QYOU.

The QYOU curates and packages premium ‘best-of-web’ video for localized multiscreen distribution. Founded and created by industry veterans from Lionsgate, MTV and ESPN, QYOU‘s millennial-focused products include linear television networks, genre-based TV and web series, mobile apps and video-on-demand formats which reaches tens of millions of customers across six continents. Distribution partners include Sinclair Broadcast Group, Vodafone, 21st Century Fox, Liberty Global, Telenor, TATA Sky and many more. Previously, Amory was the co-founder and chief executive of NASN (the North American Sports Network), the European network formed in 2002 which was acquired by ESPN, Inc. in 2007. Amory was responsible for all of NASN’s business activities within Europe, with specific emphasis on rights acquisition and distribution.  At the time of his departure from the business in 2008, NASN was available in nearly 20 million households in over 65 countries in Europe and the Middle East. 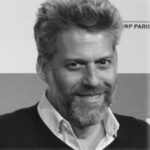 Lawrence Elman has produced and directed numerous award-winning documentaries including the BAFTA winning Nine Lives of Alice Martineau (2003). He has worked extensively with BBC Storyville, in documentaries such as The Biggest Chinese Restaurant in the World (2008), Pablo’s Hippos (2013), Decadence and Downfall (2016) and Murder in Italy (2017). In 2009, his documentary, Team Qatar, won the Best Feature Film Prize in Tribeca/Doha film festival. In 2016, Lawrence along with former BBC Storyville Commissioning Editor, Nick Fraser, founded Yaddo – a global streaming platform for documentary films. 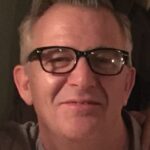 Acorn is in talks with Irish, British, European, Australia, Canadian and Kiwi producers and plans to double their output this year. 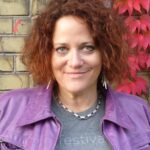 Wendy Bernfeld is founder/M.D. of Rights Stuff, an international consultancy/agency providing content curation, strategy, acquisition, distribution and development , for traditional, hybrid and  digital (VOD/SVOD/OTT) platforms, as well as for the creators/IP rightsholders who want to sell to or produce for such platforms. Her work features film,  tv, digital-first/webseries and VR sectors.

Originally from Montréal, Wendy has 25+ years experience in Europe & North America in film, pay TV and program acquisition, as well as production, distribution, and channel (linear/nonlinear) start-ups and expansions.  Prior to founding Rights Stuff in 1999, she was CEO of Canal+  (International Acquisitions) and M.D. of Alliance-Atlantis International (EU) after earlier years as SVP in PayTV  (Movie Network, Canada) and as an entertainment lawyer. Her comprehensive internal database of international VOD/SVOD buyers (including telecom/cable) helps rightsholders with fuller exploitation of digital distribution and project funding, beyond just the usual suspects /’Big5.’

2017-09-27
GAF_admin01
Share
Previous MENDING LEGENDS available to view on the TG4 Player
Next FÍS TV SUMMIT | PANEL #3: Programming for the Next Generation