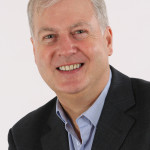 Scotsman Alan Esslemont moved to Ireland in 1984 to a teaching position at University College Galway. In 1989 he became a member of the start-up team for Telegael, the first successful audio-visual company in the west of Ireland. In 1995 he was appointed 1995 to the senior management group of Teilifís na Gaeilge which launched TnaG in October 1996.  He was a founding board member and treasurer of the Irish Film and Television Academy (1997 – 2000) and played a key role in the successful re-launch of TnaG as TG4 in 1999.Alan was appointed Director of Television for TG4 in 2000 and in 2007 and returned to Scotland to help set up and launch BBC ALBA, the Scots Gaelic television channel. This was the first BBC licensed service to be managed within a partnership framework and is watched by an audience ten times the total amount of Gaelic speakers in Scotland. In October 2016 Alan came back to work in Ireland to undertake the chief executive role at TG4. 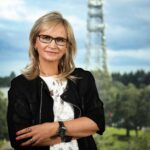 Prior to taking up her role at RTÉ, Dee Forbes was based in London and worked for broadcasters and advertising agency Young and Rubicamfor over 27 years. Most recently she was President & Managing Director of Discovery Networks Northern Europe. Dee joined Discovery in 2010 as Head of the UK/Ireland operation and progressively grew her responsibilities to eventually lead the Northern Europe region, which included 18 markets and territories and 27 channels, both free-to-air and subscription, which broadcast to over 276 million households across Northern Europe monthly. Before joining Discovery, Dee Forbes led Turner Broadcasting’s business in the UK and Ireland, which consisted of seven entertainment channels, including Cartoon Network, Boomerang and TCM. She spent several years working at Turner in a variety of commercial roles including General Manager for the Nordic/Central and Eastern Europe and EMEA regions and Head of Advertising Sales for Europe. Dee is a former non-executive director of the board of The Irish Times and currently sits on the board of Munster Rugby. Dee is also a member of the Irish Advisory Board for UCD Business School. She is a founder and board member of Ireland’s first rural digital centre, the Ludgate Hub, Skibbereen. A native of Drimoleague in West Cork, Dee is a graduate of UCD where she studied history and politics. 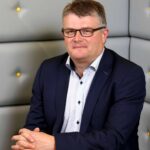 Appointed to the role in October 2006 (formerly under the title of Controller), as Director, Peter Johnston has overall editorial and managerial responsibility for BBC Northern Ireland, the main public service broadcaster for Northern Ireland. Peter increased the range of local TV programmes produced for BBC One NI and BBC Two NI, introducing a number of new presenters and formats. Programmes commissioned during this time won nine Royal Television Society awards including both Nations and Regions categories for three years in a row. He also led a series of schedule changes to Radio Ulster and BBC Radio Ulster/Foyle during which time the stations won seven Sony Awards. He has provided consultancy support for several of the local ITV franchise bids and an application for a Channel 5 television licence. While taking on the role of BBC Northern Ireland’s Head of Marketing and Development, he was responsible for BBC NI’s strategy, marketing, press office, audience research and new service development. Peter established BBC Northern Ireland’s first presence on the web and developed the online service over its first phase. He represented the marketing and communications teams in English Regions, Scotland, Wales and NI on the BBC’s Marketing Board before becoming Head of New Media for BBC Nations and Regions in London of which he sat on the board. 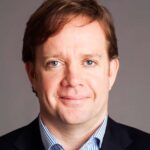 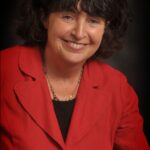 For over 30 years Betty Purcell worked as a Producer in RTÉ. She was a founding Producer of the groundbreaking radio programme Women Today in 1979, and was Editor of Questions and Answers through the 1990’s. She also produced The Late Late Show, documentaries for Would You Believe, current affairs programmes Farrell and Divided World and the Arts series The View. She was elected as staff representative to the RTÉ Authority in 1995 to 2000. Winner of the Jacobs award for her access programming in Radio, she also won a European Commission Humanitarian Office award for Divided World, and a Metro Ireland award for a Would You Believe documentary on the African Community in Ireland. She is the author of a critically acclaimed book on her years in the state broadcaster, Inside RTÉ: A Memoir (Attic Press, 2014). She produced The People’s Debate series with Vincent Browne for TV3  in 2014 and is currently a Commissioner with the Irish Human Rights and Equality Commission.