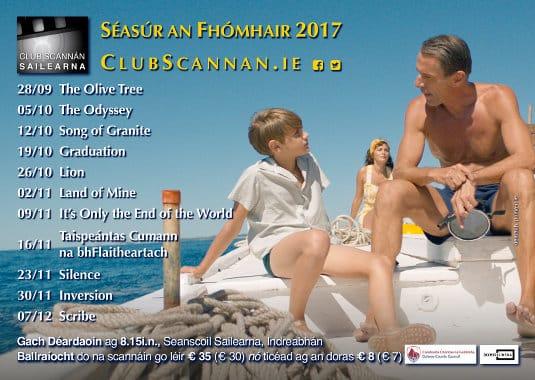 Club Scannán Sailearna are pleased to announce another wonderful season of World Cinema to be shown in Seanscoil Sailearna, Indreabhán.

Every Thursday evening throughout the season the best films from around the world are shown in their native languages with English subtitles. Seanscoil Sailearna is a wonderful venue with a large cinema screen, comfortable tiered seating and a great sound system.

Each film season is organised by local film club, Club Scannán Sailearna, in association with Access Cinema and with the assistance of Galway County Council.

The films scheduled for the current season are listed below: