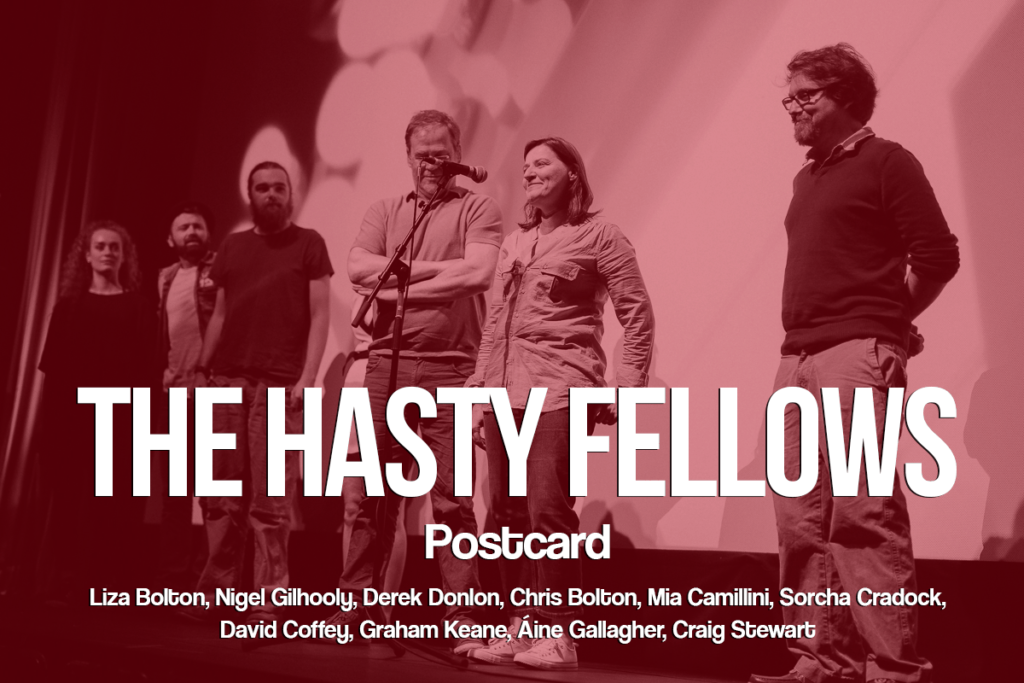 POSTCARD, the winning film by team The Hasty Fellows, at the inaugural Galway City of Film and Little Cinema 48 Hour Challenge will screen in the Galway Film Fleadh!

The screening is part of the WAY OUT WEST strand, “a shorts programme showcasing film and filmmakers from the West of Ireland. This non-competitive category contains a mix of documentary and live action drama. This programme features work from debut filmmakers to more established directors.”

WAY OUT WEST takes place in the Radisson Blu Hotel on Wednesday 12th July at 2.30pm. 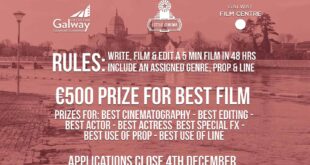