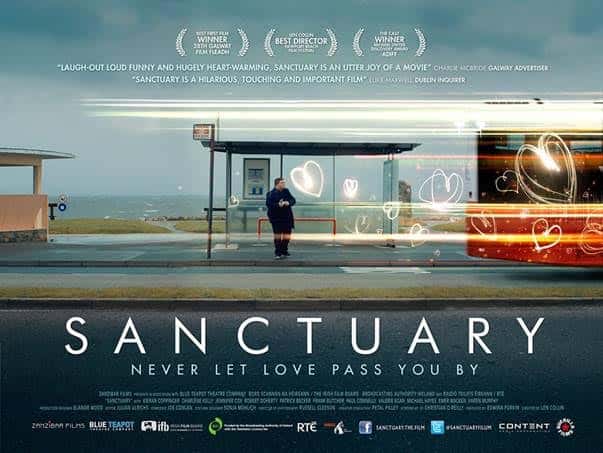 What: SANCTUARY
When: 11th to 20th July
Where: The EYE Cinema

Larry and Sophie are in love. What could be more natural for them than to want to be alone, together? They bribe Tom to book them into a hotel for an afternoon’s tryst and look forward to getting to know each other, like countless couples before them. But Larry and Sophie aren’t any couple – they both have intellectual disabilities and Tom is their care worker. By attempting to be intimate, they aren’t just breaking the rules – they’re breaking the law. While Larry and Sophie try to figure out their feelings, their future and how to use a condom, their friends from the training centre escape the not so watchful eye of Tom and go on a joyful rampage through Galway.

Both hilarious and heartbreaking, Sanctuary is a truly subversive piece of cinema about two young people trying to be together, in a world doing everything to keep them apart.