Jonathan Hughes script MOTHER will now be developed into a short film with Director Natasha Waugh and Producer Sharon Cronin. 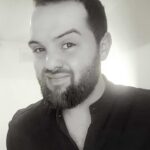 Jonathan Hughes is a screenwriter, currently based in Cork working on the new The Young Offenders TV series for BBC Three and RTE.  He has recently completed a full time MA course in Script Writing at Goldsmiths University Of London; where he received a scholarship to study. He completed his  BA(Hons) in Film & TV Production from the National Film School of Ireland at IADT, Dun Laoghaire. He served as a production co-ordinator and script supervisor on Peter Foott’s smash hit feature “The Young Offenders”; alongside his work as a Development Officer for Vico Films.  For his writing, Jonathan was awarded Best Screenplay at Waterford Film Festival in 2014 for his short project, The Wake. In 2016, Jonathan produced two films for Goldsmiths University of London, winning a best screenplay award for his work on graduation film “See You In Hell“. In July 2016 he won the Filmbase/RTE Short Shots funding award for his script Acorn, with a score recorded by the RTE National Concert Orchestra, the film will premiere at the upcoming Galway Film Fleadh 2017. 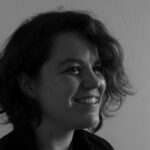 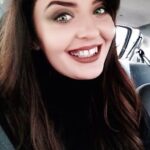 David Crean of RTÉ stated, “We were very impressed with the standard of applicants this year. The calibre of the directors in particular was really strong with some really talented people at the early stages of their career with already some extremely accomplished short films under their belts. What was particularly strong this year was the intellectual rigour that all the directors applied to the story and their approach to getting at the essence of the script was really impressive. We look forward to seeing the results”.

Declan Gibbons, Galway Film Centre Manger noted, “We had a great process this year. From nearly ninety script submissions we whittled it down to three very strong scripts and sent them out to directors and producers to come back and pitch for one of them. Jonathan Hughes’ Mother came through as the winner which is a really funny script. Natasha Waugh really impressed the interview panel with her pitch and interpretation of the story and then the talented Sharon Cronin came through as the producer. It’s only the second year of us selecting like this and so we’re delighted to have arrived at such a great team.”