Home / UNESCO Galway City of Film News / Special Bealtaine screening of ‘His & Hers’ at Croí na Gaillimhe | Wednesday 10th May at 2.15pm

Special Bealtaine screening of ‘His & Hers’ at Croí na Gaillimhe | Wednesday 10th May at 2.15pm 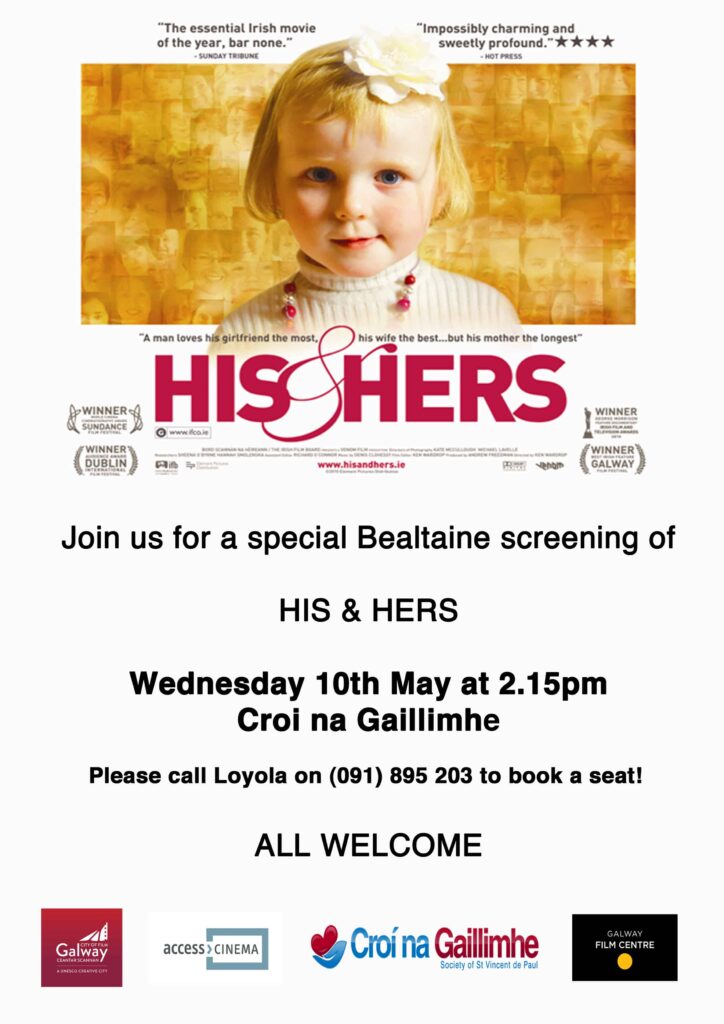 Join us for a special screening His & Hers for Bealtaine Festival; Celebrating creativity as we age.

This is the debut feature film from director Ken Wardrop, who in a few short years has established himself as a distinct new voice in Irish filmmaking. His & Hers is a creative documentary, which chronicles a ninety-year-old love story, through the collective voice of seventy ladies. Using his mother’s life as inspiration, the filmmaker has created a film that explores how we share life’s journey with others.

“The hallways, living rooms and kitchens of the Irish Midlands become the canvas for the film’s rich tapestry of female characters. The story unfolds sequentially through young to old and the characters are charmingly abashed; while the younger contributors are animated in discussing their relationship with their other halves, the older women discuss their love, and often their bereft love, with grace and candour. His & Hers is an investigation into the ordinary to discover the extraordinary. It finds comedy in the mundane, tragedy in the profound and provides an original insight into life”