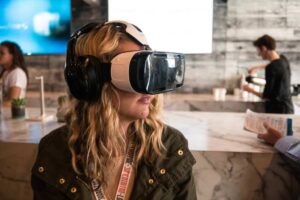 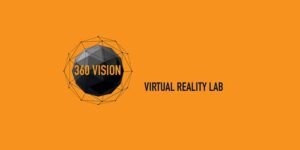 360 Vision 2017 is an invitation only Virtual Reality Lab that brings together some of Australia’s best screen producers, directors, practitioners and artists to meet with key VR content creators and professionals for two days of inspiration, information and networking.

Declan Gibbons, Director of Galway City of Film received a special invitation from Sydney City of Film to attend the 360 Vision event along with Galway based filmmaker Paula Kehoe on both the 27th & 28th April.

Paula, originally from Melbourne and based in Connemara, is an award winning filmmaker who recently created Ireland’s first narrative-led VR 360 film titled I Am Galway 2020 as part of Galway’s successful bid for European Capital of Culture in 2020. Paula was engaged as the Galway 2020 ‘Filmmaker-in-Residence’ to respond to the capital of culture bid and created a memorable VR film that is uniquely Galway.

Following the VR events in Sydney, Melbourne City of Literature will host a special screening of Paula Kehoe’s documentary Deargdhúil: Anatomy of Passion – Poems of Máire Mhac an tSaoi on Monday 1st May in Melbourne. The documentary explores the life, work and sensual poetic imagination of Máire Mhac an tSaoi, one of Ireland’s greatest living poets who helped revolutionise Irish poetry by drawing on a native tradition to express a passionate sensibility and taboo emotions, at a time when women’s voices were on the margins of Irish literature and society.

Paula Kehoe; Filmmaker stated: “I’m both honoured to be invited and excited to be here in Sydney for 360 Vision. It is a great opportunity to learn more about Virtual Reality, a new frontier in filmmaking.”

Declan Gibbons; Director of Galway City of Film added: “This is a great opportunity for us to experience and learn from some of the best Virtual Reality film-makers working in this area at the moment. It is a really exciting technology and, when coupled with great story telling, it can create a unique and very powerful and emotional film watching experience. You don’t just watch the film, you feel like you are in the film! We’re here to listen and learn and I’m delighted that Paula Kehoe could make the trip and help bring this learning back to Galway. Watch this space! We would like to extend a big thank you to Grainne Brunsdon and her team at Create NSW who run Sydney City of Film and who have made us feel very welcome.”

Tracy Geraghty, Galway 2020 added: “It’s fantastic to have I Am Galway 2020 screening at this prestigious VR event in Australia. Paula Kehoe’s 360VR film was in response to the Capital of Culture bid and it clearly demonstrates the innovative, experimental, edgy and risky spirit of the Galway 2020 cultural programme. Galway’s ambition is to become a Virtual Capital of Culture, allowing audiences from across the globe to immerse themselves in new artistic experiences and look at their world from a radically new perspective.

Galway City of Film and Paula Kehoe would like to acknowledge the support of Culture Ireland.