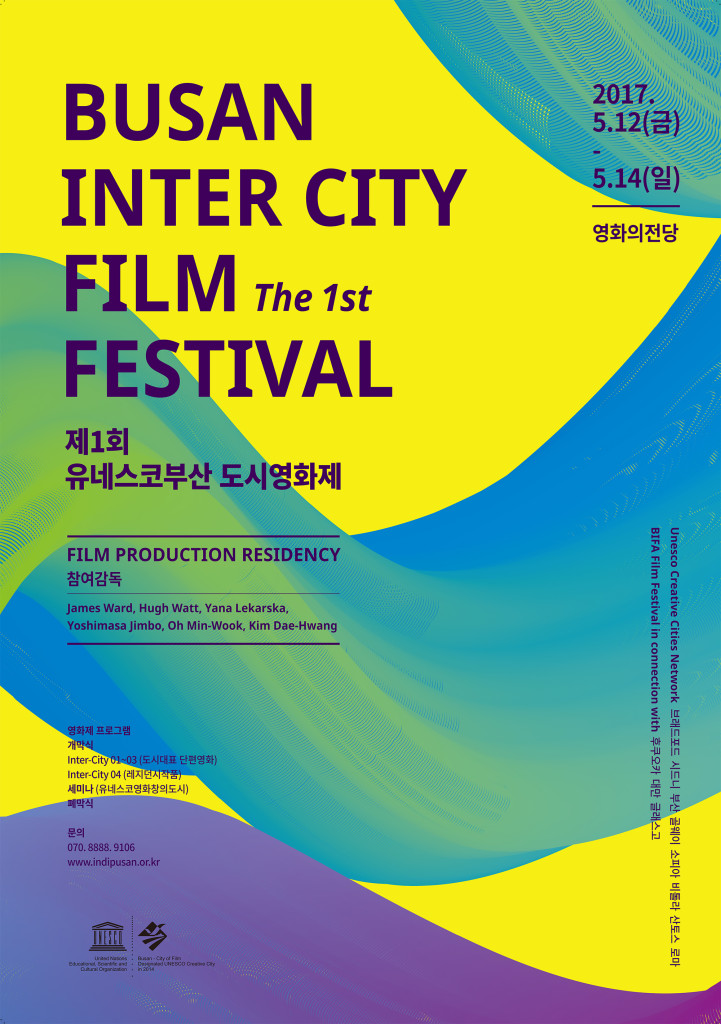 Galway City of Film is thrilled to be participating in the first Inter-City Film Festival taking place in Busan City of Film in Korea. The festival will run from the 12th to 14th of May with films from each of the eight UNESCO Cities of Film being screened including short films from Bradford, Sofia, Sydney and Galway.

Galway filmmaker, James Ward, will be traveling to Busan to take part in an exciting three-week film residency as part of the Festival. The residency will take place from April 24th to May 11th in Busan with filmmakers from each of the UNESCO Cities of Film working together to produce a number of short films. These films will have their premiere at the closing ceremony of the inaugural Busan Inter-City Film Festival on Sunday 14th May. The screening will take place in the Busan Cinema Centre, the purpose built venue of the prestigious annual Busan International Film Festival.

James, a filmmaker from Temple, Gurteen, Co. Galway now living and working in Galway City, graduated from the Centre of Creative Arts & Media, GMIT where he studied Fine Art and developed a passion for documentary making. He has since worked all over Ireland in the video production industry. He noted: It’s a huge honour to have been selected to participate in the Inter-City Film Festival. I’m really looking forward to traveling to Busan and working with the other filmmakers.”

Busan City of Film is a bustling creative hub vital to the Asian film industry and achieved its UNESCO City of Film designation in 2014. The Busan Inter-City Film Festival is a fantastic opportunity for filmmakers to work together, exchange ideas and to build future working relationships.

Declan Gibbons; Director of Galway City of Film added: “A big part of our UNESCO City of Film designation is about finding ways to collaborate with other cities in the network. Our partnership with Busan Inter-City Film Festival offers us a great way to do this and help young filmmakers get a terrific opportunity to work internationally and have their films shown at Busan’s highly prestigious festival.”