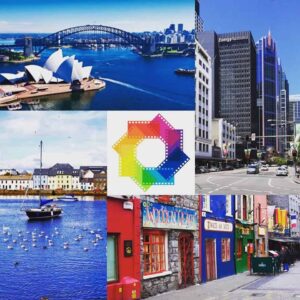 Sydney City of Film is hosting a special screening of SANCTUARY as part of the Irish Film Festival Australia this Friday 31st March in the Palace Cinema in Sydney.

Now in its third year, the Irish Film Festival Australia takes place from Wednesday 29th March to Saturday 8th April and hosts screenings in both Sydney and Melbourne. The festival presents a program of contemporary film that reflects the complexity, vitality and diversity of Irish communities in Ireland, in Australia and across the globe.

Sydney City of Film stated: Sydney & Galway they’re quite different, there’s no arguing that, but there’s one strong connection between the two – both cities have been awarded the prestigious UNESCO City of Film status! This is a permanent and global honouring and something we should be very proud of both here and at home. Our film festival wants to bring these two great cities together in a celebration of film. The wonderful film SANCTUARY screening on Friday night was filmed in Galway itself and director Len Collin will be joining us on the night!