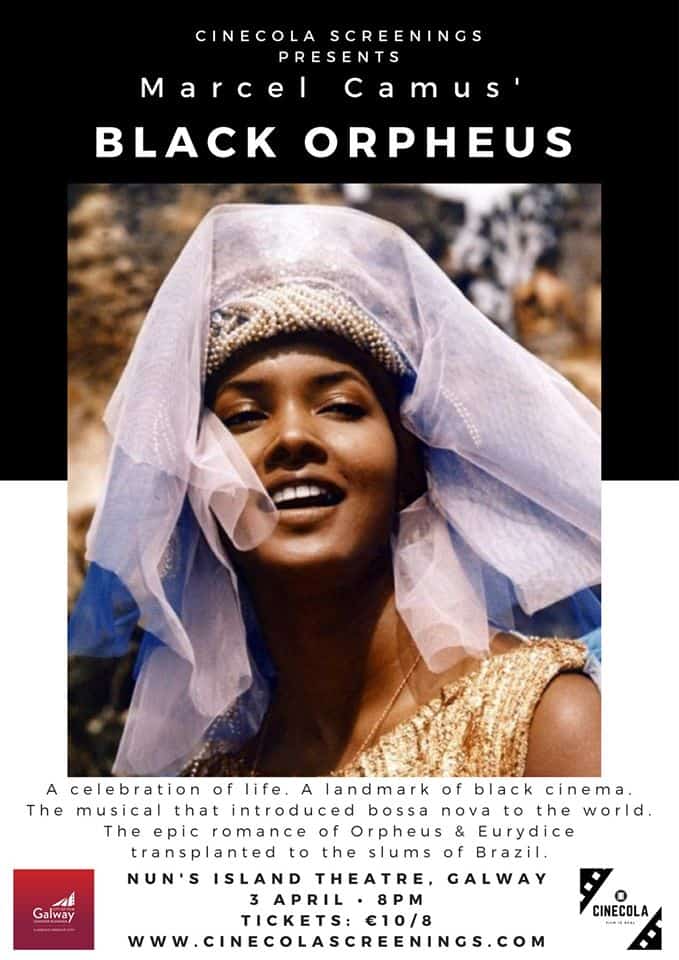 In honor of Moonlight and La La Land’s recent success at the Academy Awards, Cinecola Screenings will be screening a 1959 landmark film that, in more ways than one, can be viewed as their direct predecessor: Black Orpheus (Orfeu Negro) by Marcel Camus.

Winner of both the Academy Award for best foreign-language film and the Cannes Film Festival’s Palme d’Or, Camus’ Black Orpheus brings the ancient Greek myth of Orpheus and Eurydice to the twentieth-century madness of Carnival in Rio de Janeiro and the hillside slums of Brazil.

With its eye-popping photography and ravishing, epochal soundtrack, Black Orpheus was an international cultural event, a celebration of life, a landmark of black cinema as well as the musical that introduced bossa nova to the world.

The film is in Portuguese with English subtitles. Rated 12A. The screening will be preceded by an introduction to the film by the producer and curator of the series Matt Micucci. Please note that the film may start up to 15 minutes after advertised time.