Roll out the red carpets!

Galway audiences have two opportunities to see the critically acclaimed feature film Sanctuary before it goes on limited general release and support a major fundraiser for the award winning Blue Teapot Theatre Company.

This fabulously entertaining film will win your heart. Set in Galway, it deals in a very special way with the challenges faced by people with intellectual disabilities as they struggle to forge relationships and find love. Sanctuary debuted at the Galway Film Fleadh in 2016 where it won the Best First Irish Feature Award, and is also featuring in Film Festivals in New York, Chicago, LA, Sydney, Melbourne, Vancouver and Brazil. 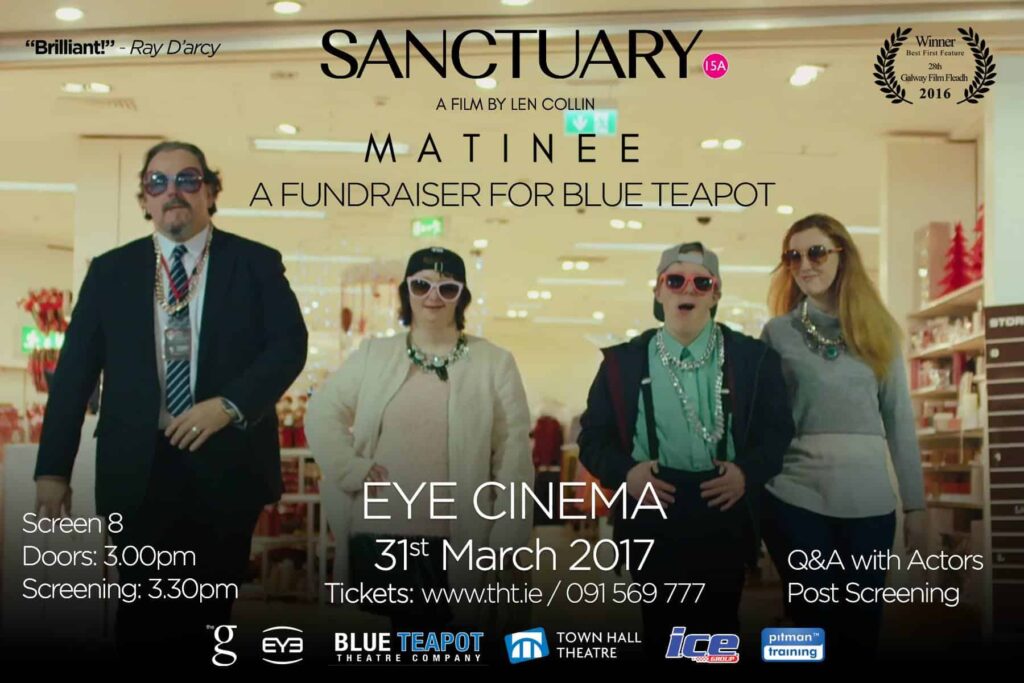 Fresh from winning the prestigious Michael Dwyer Discovery award at this year’s Audi Dublin International Film Festival, the cast of Sanctuary will be in attendance and will also host a Q&A session following the conclusion of the screening along with screenwriter Christian O’Reilly.

Amongst the glitz and glamour will be the chance to win the award for Best Dressed Person on the night, judged by costume designer and TV3 This Morning stylist Sonja Mohlich.

A Fundraising Raffle will be held, with fantastic prizes including a specially designed ladies head piece from the award winning Irish milliner Suzie Mahony and a unique, one off ceramic blue teapot, crafted by master potter Edwin Longueville.

All money raised will go to support the new building project – if you cannot attend, raffle tickets will be available before the event.