This talk will explore the writing and development process behind award-winning Irish film, A Date for Mad Mary. Colin Thornton (Writer) and Darren Thornton (Writer/Director) will be interviewed by Christian O’Reilly (Writer) about the script and how that translated onto the screen.  The event is aimed at writers, producers and directors. 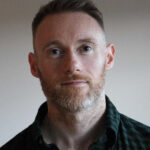 Colin Thornton works primarily as a writer in both film and theatre. ‘His first feature film script – A Date for Mad Mary co-written with Darren Thornton premiered at the 52nd Karlovy Vary International Film Festival to rave reviews, and is currently screening in Irish cinemas. The film has also been selected to screen in competition at the 60th BFI London Film Festival in October. Colin also wrote the short film script, Two hearts as part of The Irish Film Board Signatures scheme. The film went on to win a number of awards and nominations nationally and internationally including the Prix UIP Award at the 2011 Cork Film Festival where it was also selected as a nominee for the 2012 European Film Awards. In the past Colin has written several film and theatre plays that were produced by Calipo Theatre and Picture Company. Most recently he wrote the play Show Me Love for Dublin Youth Theatre, which was performed in Smock Alley Theatre in October 2015. 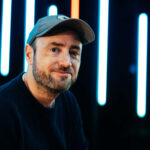 Darren established the award-winning Calipo Theatre Company in 1995. He has directed numerous stage productions during his tenure as Artistic Director. Recent productions include ‘Chatroom’ by Enda Walsh, ‘Pineapple’ by Phillip McMahon and the original stage-production of ‘Ten dates with Mad Mary’ by Yasmine Akram. He made his television debut directing the IFTA award-winning ‘Love is the drug’ in 2004, a six part comedy-drama series for RTE. His first short film ‘Frankie’ won the Prix UIP award at the Berlin film festival in 2008 and the European Academy Award for best short film in the same year. His second short film ‘Two hearts’ also won the Prix UIP award and was nominated for a European Academy Award in 2011. In 2003, Darren established the Sharp Focus film project; a teenage film initiative that runs annually, Sharp Focus enables young people from the North and South of Ireland to work with established filmmakers on the production of original short films that explores the legacy of conflict within their communities. 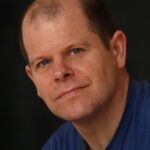 Christian is a screenwriter and playwright based in Galway. A graduate of the 2011 BBC Writers’ Academy, his screen credits include episodes of DOCTORS, CASUALTY, HOLBY CITY (all BBC One), ON HOME GROUND (RTE), DECEPTION (TV3) and RED ROCK (TV3); three short films (THE KISS OF LIFE, THE BIRTHDAY and THE RING); and INSIDE I’M DANCING, a feature film based on his original story. Christian’s plays include IT JUST CAME OUT (Druid), THE GOOD FATHER (Druid), IS THIS ABOUT SEX? (Rough Magic), HERE WE ARE AGAIN STILL (Decadent/Galway City Council), SANCTUARY (Blue Teapot) and CHAPATTI (Northlight/Galway International Arts Festival). Christian’s screen adaptation of his play SANCTUARY received its world premiere at the Galway Film Fleadh last July. It features a cast of actors with intellectual disabilities. The film won the award for Best First Irish Feature and is due to be released in 2017.