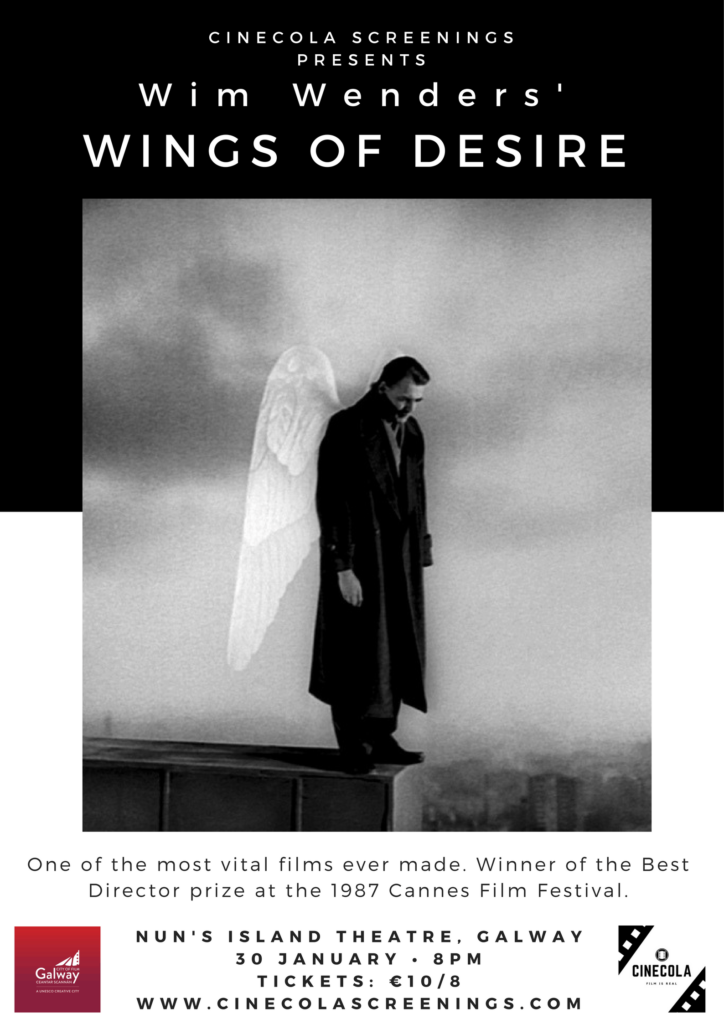 Directed by: Wim Wenders (Paris, Texas ; Alice in the Cities)

In Wings of Desire, director Wim Wenders’ most metaphysical work, a guardian angel desires nothing more than to be human. Every day, Dammiel (Bruno Ganz, The American Friend; Downfall) listens to the thoughts of mortals who play their lives out on the streets of West Berlin. He finds himself entranced by a trapeze artist (Solveig Dommartin, Until the End of the World) whose eloquent expression of her doubts and fears makes him yearn for a life where he can feel happiness and love. Like Michael Powell’s A Matter of Life and Death, the afterlife in Wings of Desire is a world in monochrome. Only the living can see in full colour and it is their lives, with their moments of sorrow and joy, that Wim Wenders captures so eloquently in this singularly original film that was co-written with Peter Handke (The Goalkeeper’s Fear of the Penalty Kick; Wrong Move).

Winner of the Best Director prize at the 1987 Cannes Film Festival, Wings of Desire is both a paean to Germany’s capital and a rumination on human existence, and remains one of the most vital films ever made.

This movie is mostly in German with English subtitles. Rated 12PG. The screening will be preceded by an introduction to the film by Matt Micucci.

Please note the event will start 15 minutes after advertised time.