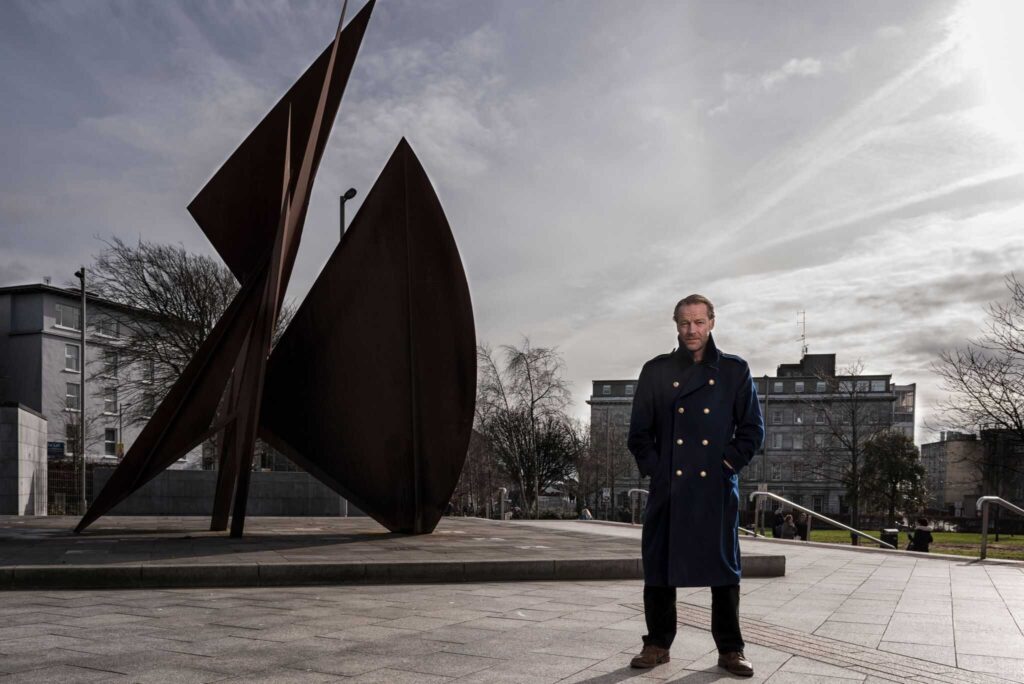 “On the wrong side of forty and an occasional binge drinker, Jack Taylor has set himself up as a private investigator who takes on those cases the Gardaí won’t touch, no matter how hopeless. Behind his short-tempered nature, Taylor hides the tender heart of a true humanitarian”.

The new series comprises 3 x 90 minute films which were shot on location in Galway City and Connemara in 2016. The series, which is based on the novels by Galway author Ken Bruen, has developed a large international fan base, airing in UK , Australia, New Zealand, Germany, USA, Canada and many other territories worldwide. The series will also be made available on Netflix.

JACK TAYLOR is one of a large slate of feature films and television series produced at Telegael’s Galway-based studios. Recent productions include the animated feature film Norm of the North which has generated in excess of US$30m at the international box office and whose cast includes Irish actors Colm Meaney and Michael McElhatton. Telegael has also recently completed production of the award-winning feature film Out of Innocence which is inspired by the events surrounding the Kerry babies tribunal. The film is due for release in 2017. Multi-Emmy Award winning studio, Telegael is one of Ireland’s leading film and television studios which produces live action and animated content for the global television market and for worldwide cinema release. Telegael’s productions have been distributed to over 150 territories throughout the world and have been translated into more than 40 languages.