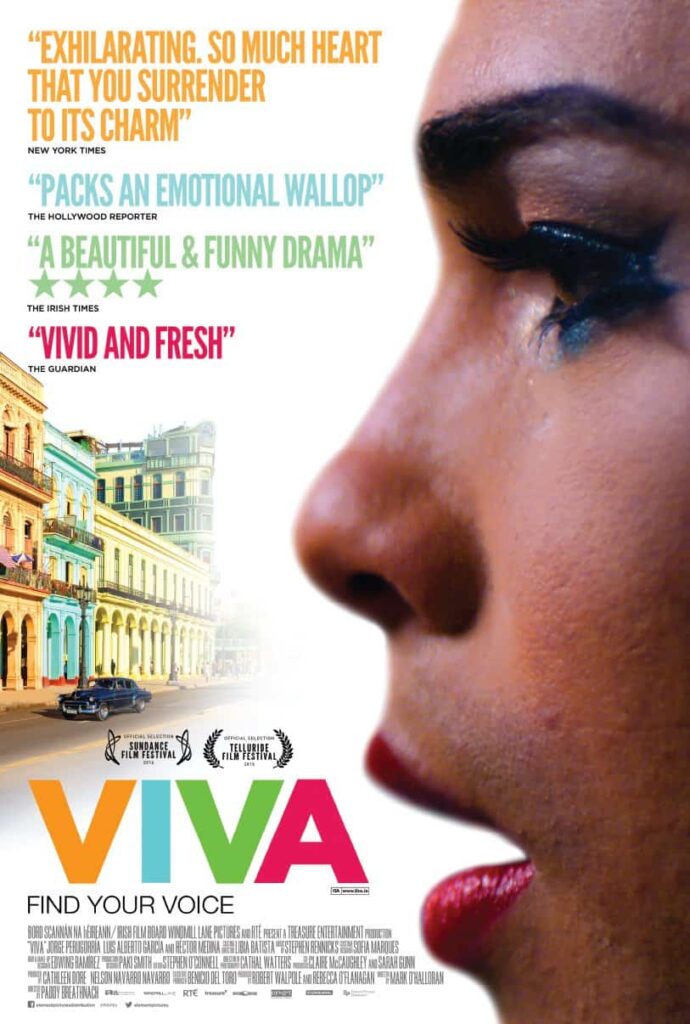 Gort Vibes Cinema Club are hosting monthly film screenings in Gort Library in Gort Co. Galway. The screenings take place on the first Thursday of each month and include a selection of contemporary independent cinema in conjunction with access>CINEMA.

The January screening is VIVA, written by Mark O’Halloran and Directed by Paddy Breathnach screening on Thursday 12th January at 8pm.

“VIVA stars Héctor Medina as Jesus, a young hairdresser working at a Havana nightclub that showcases drag performers, who dreams of being a performer himself. Encouraged by his mentor, Mama (Luis Alberto García), Jesus finally gets his chance to take the stage. But when his estranged father Angel (Jorge Perugorría) abruptly reenters his life, his world is quickly turned upside down. As father and son clash over their opposing expectations of each other, VIVA becomes a love story as the men struggle to understand one another and reconcile as a family.”