Galway’s Huston Film School continues it’s ‘Guest Series’ this semester with a particular focus on returning graduates from the various programmes. Guest speakers will share their experiences and information on their careers to date since leaving the school. The series of talks will take place every Thursday afternoon at 2.30pm in Huston Main.

All talks are FREE and open to the public.

Julian Ulrichs – Thursday 12th January 12th, 2.30pm
Julian Ulrichs, completed an undergraduate degree in Law in 2006 (LLB, NUI Galway) before getting an MA in Production and Direction in 2008 (NUI, Huston School of Film & Digital Media). He started out as an     Assistant Editor (BEGIN AGAIN, FOYLE’S WAR) before progressing to Assembly Editor on the multi award-winning Irish crime drama LOVE/HATE (Series 3, 4 and 5) and the Justus Von Dohnanyi film DESASTER (2015). Since then he has edited a number of projects that include JACK TAYLOR: SHOT DOWN (2014), John Carney’s critically acclaimed musical-dramedy SING STREET (2016), which had it’s world premiere at the Sundance Film Festival in 2016 and, the soon to be released, SANCTUARY (Dir. Len Collin, 2016) and AN KLONDIKE SERIES 2 (Dir. Daithi Keane, 2016). He is currently working on BLACK 47, Lance Daly’s new film set during the Great Irish Famine. 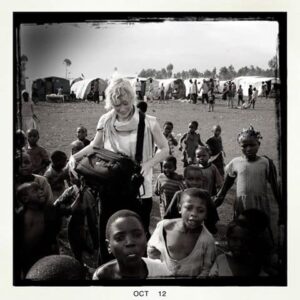 Dearbhla Glynn – Thursday 19th January 19th, 2.30pm
Dearbhla Glynn is an award-winning artist, documentary filmmaker and teacher, specializing in explorations of conflict and its effect on women and children. Among her films are Gaza: Post Operation Cast Lead (2010) which offered a personal insight into the day-to-day living conditions faced by the Gaza Strip’s 1.5 million conflict-stricken inhabitants. Her 2013 feature film The Value of Women in The Congo documents the issue of rape and conflict in Eastern Congo and explores the experience of the victims as well as the perspective of the perpetrators behind these appalling crimes. Film maker Kirsten Sheridan described the film as “a brave and delicately handled piece of war reportage. It is hard-hitting, while showing many sides of the story. It avoids sensationalism, while never shying away from the very difficult themes. It is an important, devastating piece of human rights documentary filmmaking”. Both films won Grand Prize at the Irish Council for Civil Liberties Human Rights Film Awards.

In this session at the Huston School of Film & Digital Media, Dearbhla will screen her films and discuss her process including the considerable challenges she has faced as a documentary filmmaker. Some of Dearbhla’s films can be found here: https://vimeo.com/dearbhlaglynn

Leon Butler – Thursday 26th January, 2.30pm
Leon Butler has worked across a broad range of positions in the media industry as a visual narrative designer, filmmaker, and educator. He graduated from Huston’s MA in Digital Media in 2009 and his final project animated film, Ghosts Before Dawn (2009), won the Gold Medal at the National Digital Media Awards. Since setting up his practice in 2010, he has worked with high-profile clients including the Galway International Arts Festival, who commissioned him to produce the iconic Festival Poster in 2011. He has also worked with clients as diverse as Starbucks on their global holiday campaign, Druid Theatre on a promotional film for their iconic productions, and musician Macklemore, who commissioned Leon to document his 2014 visit to Dublin’s O2 for two sold out shows. He has also developed many personal projects in animation, typography, children’s illustration and documentary. His research interest areas include adaptive interactions and experiences using available data in the public sphere and generative typography and in 2015 he completed a residency at the School of Visual Arts in New York in this field. In 2016, Leon received a ‘Certificate of Typographic Excellence’ from the Type Directors Club in New York. The Design and Craft Council of Ireland listed Leon as one of their ‘Future Makers’ for 2016. Leon has recently completed a 12-week residency in Los Angeles with digital agency 72andSunny in their 72u program. In September 2016 he was appointed as a design innovation research fellow on the Techinnovate program at NUI Galway for 2016-17.

Will Collins – Thursday 2nd February, 2.30pm
Will Collins is a screenwriter whose credits include the Oscar-nominated SONG OF THE SEA, the acclaimed follow-up feature to Tomm Moore’s, The Secret of Kells; Will received an ANNIE AWARD nomination for his ‘Achievement in Writing for an Animated Feature’. Will also wrote, MY BROTHERS, his award-winning live-action debut feature which premiered at the Tribeca Film Festival and was the opening film of the Galway Film Fleadh 2010. Will won the Pitching Award at the Galway Film Fleadh in 2007 and was nominated for Best Film Script IFTA, 2015 & 2011. Will has also written for television. He has lectured in Screenwriting in NUIG and has worked as a Script Editor. Will graduated from the Huston School’s MA in Screenwriting in 2006.

For more information on the Huston Film School see: http://www.filmschool.ie/