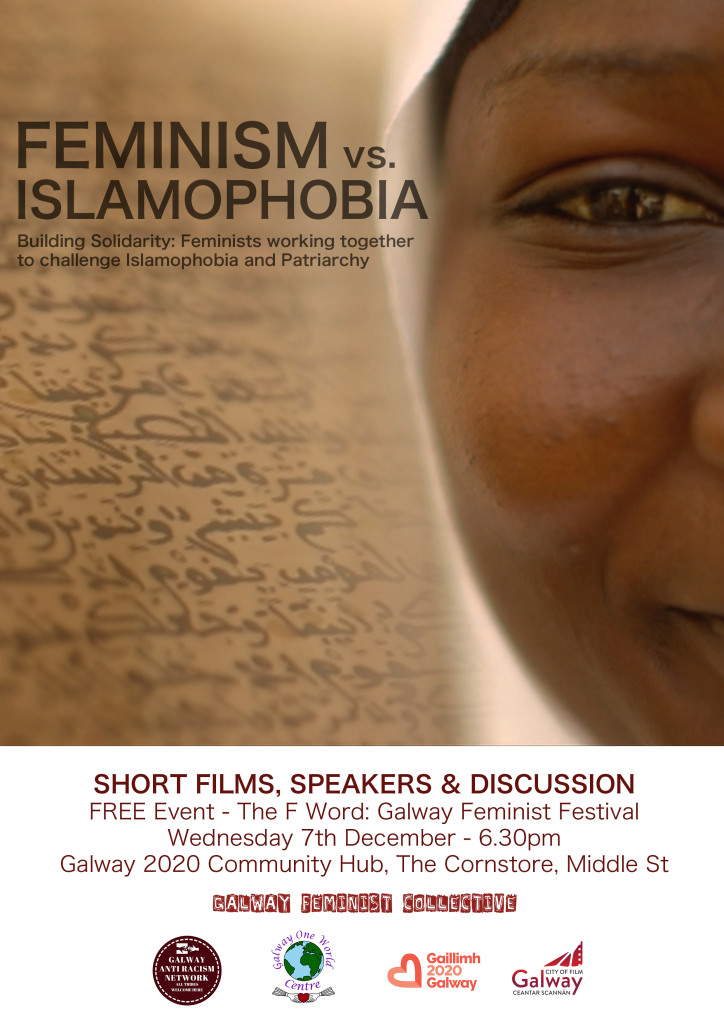 Building Solidarity: Feminists working together to challenge Islamophobia and Patriarchy. An evening of short films, speakers and discussion.

‘Diving Within’, directed by Hanan Dirya, is a short documentary featuring Sharena Abdullah, a Muslim woman from Malaysia who came to Ireland four years ago.

‘Making Waves: Expressions of Gender Equality in the Sacred Texts and Islamic Tradition‘, directed by Alice McDowell, explores women and men as scholars and activists promoting interpretations of the Qur’an and Hadiths that empower women and promote justice, equality and dignity.

The event will also feature speakers from the Muslim community in Galway with an open discussion to follow!