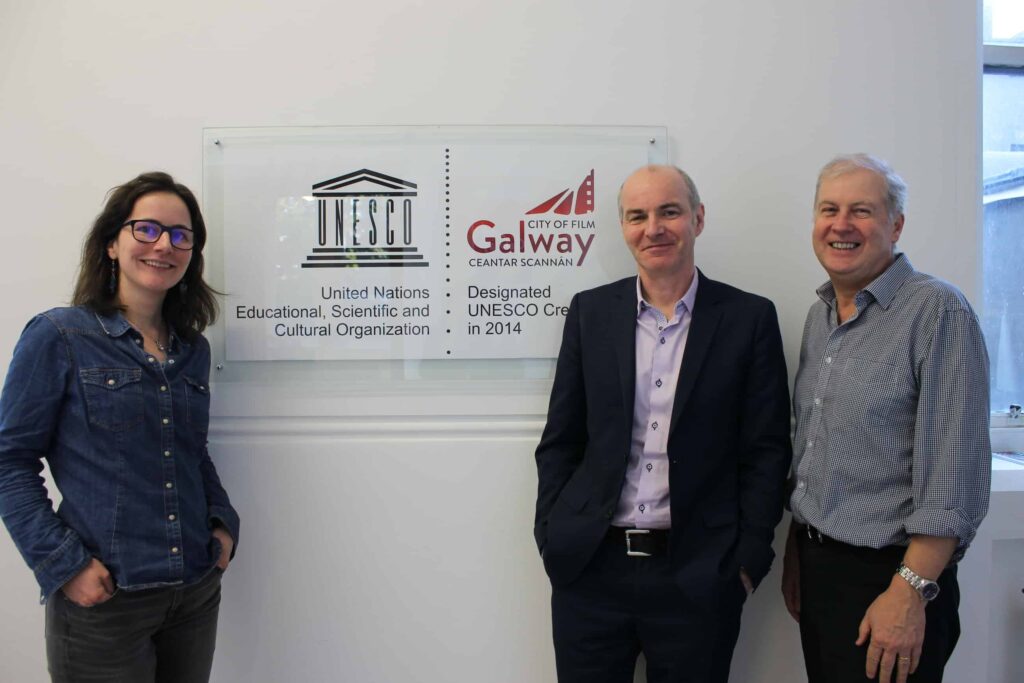 Galway City of Film were delighted to welcome TG4’s Alan Esslemont to the office last week. He was recently appointed ‘Ardstiúrthóir / Director General’ and he succeeds Pól Ó Gallchóir who has been at the head of TG4 since April 2000.

Mr Esslemont is a native of Braemar in Scotland and has had a long career in the TV content sector in his native country and in Ireland. In 1989 he was one of the first employees at Telegael, the west of Ireland’s pioneering independent audio-visual production company. He then joined the senior management team of Teilifís na Gaeilge, which in 1996 launched TnaG. He was the key content executive involved in the re-positioning and re-branding of the channel as TG4 in 1999 and as Director of Television for TG4 (2000-2007) he oversaw large increases in audience share and reach and was in charge of TG4’s multi-award winning Presentation department.

Commenting on his new appointment, Mr Esslemont said “I am looking forward to this exciting challenge and to returning to TG4 to work with the highly talented staff and our partners in the Irish language content creation sector as TG4 enters its third decade of public service to its national and global audience.”