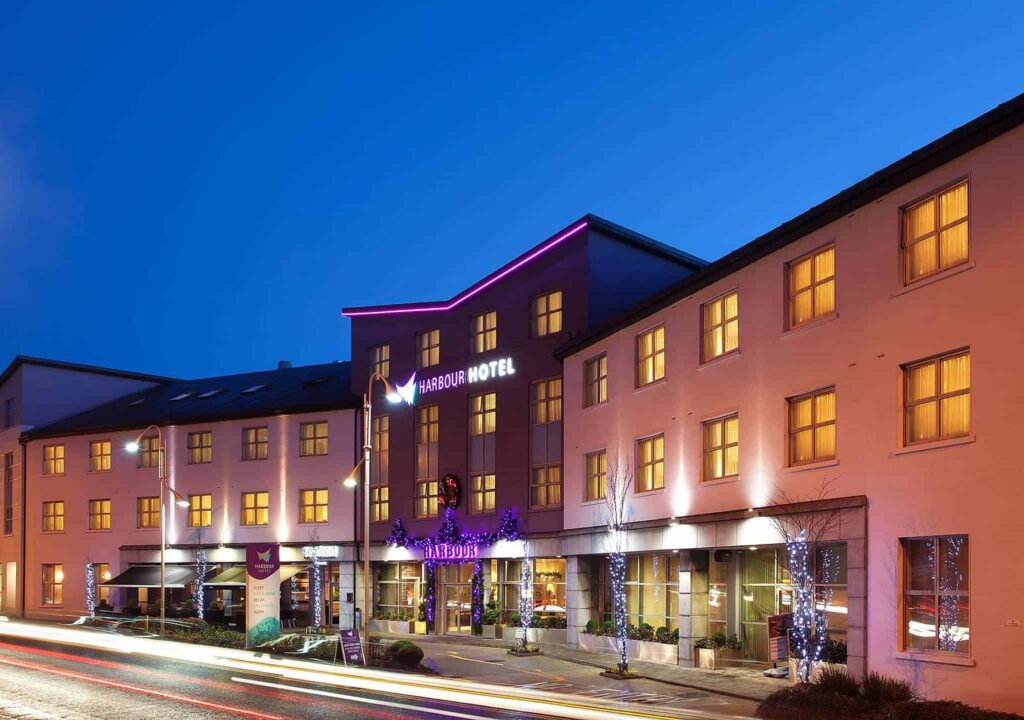 “On Dec 1st, 2014 UNESCO Director-General, Ms Irina Bokova announced that Galway has been designated a UNESCO City Of Film. Under the UNESCO Creative Cities Network, Galway is now one of only eight cities in the world to achieve this much sought-after status. Galway  joins  Sydney; Australia, Rome; Italy, Santos; Brazil, Bitola; Macedonia, Busan; South Korea, Sofia; Bulgaria and Galway’s twin city of Bradford in the UK as a designated City of Film. This is a permanent global designation. This status brings the highest internationally recognised standard of excellence in  the creative industries to Galway. The title of Creative City of Film also includes membership of UNESCO’s Creative Cities Network.”

To celebrate this the Galway’s Harbour Hotel has kindly offered ‘Dinner for Two’ in their Restaurant. Dining at the Harbour Hotel will never disappoint. Galway has some of the best raw ingredients in Ireland and according to the Harbour Hotel “local rules” you’ll eat seafood straight off the boat with the Galway Bay Seafood Company just 100m from the Kitchen at the Harbour! The Harbour also pride themselves on choosing only the best dairy from local pasture and their Beef, lamb and pork raised within a few miles. Of all the places to eat in Galway, the Harbour Restaurant is one of the best Hotel restaurants in Galway City. A relaxed atmosphere with great food and excellent service it is open daily for Bar Food from 12 noon and full evening menu from 5.30pm.

To be in with a chance of winning the ‘Dinner-for-Two’ please see the Galway City of Film facebook page & Twitter!

For details on the Harbour Hotel see their website: http://www.harbour.ie/en/harbour-bar-restaurant-galway/